Triumph LLC is a Moscow-based company which develops 3D Web solutions for showcasing products, e-learning, game development, advertising and webdesign. The award winning Blend4Web framework is the most remarkable of the products and technologies being developed by the company.

Our solutions are recognized around the world and extensively used by the best brands such as:

The Blend4Web project has been under development for quite a long time. In June 2009, Triumph started forming a team of developers for interactive browser-based applications. Our first attempts with in-browser 3D graphics started in late 2009. We tried working with Away3D (a 3D Flash library) then with O3D (a browser plugin). Around that same time experimental browser builds with WebGL technology support were just being released. Given the limited functionality in WebGL engines at the time, we finally decided to use the WebGL API directly.

In the summer of 2010, beta versions of Blender 2.5x - the popular open source 3D modeling and animation program - were released. A new ergonomic interface, cross-platform compatibility, redesigned Python API and intuitive data structure allowed us to consider Blender as the main editor for 3D scenes.

December 21, 2010 can be considered Blend4Web's "birthday". On this day, we initiated restructuring of the written code to bring the core of the 3D applications into a single software library.

In the following months, we developed a set of 3D content creation methods, which eventually allowed us to create the first major audiovisual scene - "The Island" (Fall 2011). The result proved the effectiveness of using Blender for object modeling and scene design. We gradually discontinued working with commercial graphics programs and this eventially led us to using Ubuntu/Linux which is an open source operating system (early 2012).

Stabilizing the architecture allowed us to build up more functionality. We created new materials, implemented features such as a system of multi-pass rendering, procedural and vertex animation and shadow cascades (CSM). In July 2012, we integrated a physical subsystem which is based on the Bullet physics engine compiled for browser work. The new functionality was demonstrated in the "Fashion Show" and "The Farm" applications.

In August 2012, we named our 3D engine Blend2Web. Then it evolved into B2W Engine and later into the more harmonious Blend4Web. The name reflects the purpose of the framework, as well as its close connection with Blender - the 3D content creation program.

In 2013, we optimized export, loading, memory use and performance of graphics and physical subsystems. We also adapted it for use on mobile devices. Special attention was paid to the quality of visualization, which was demonstrated through a photorealistic demo scene called "Nature Morte". The number of designer tools increased when we added support for node materials from the Blender package.

In early 2014, Triumph's management decided to provide the software platform to application developers under open source and commercial licenses. Blend4Web was first released on March 28, 2014.

In September 2014, the arsenal of our tools expanded with the visual logic editor which allows our users to create interactive web applications without any coding. After one year this tool was fully revamped and the logic now can be defined with a clear and convenient node system.

The development server was added to the SDK in February 2015. In fall 2015, we made another significant step in improving usability: the Blend4Web SDK obtained Project Manager, a graphics shell for performing various operations with projects. Thanks to these improvements, you can now develop fully-fledged, optimized web apps with only two programs - Blender and a web browser.

The Blend4Web development team consists of talented programmers and 3D artists. We are creating an innovative product and we hope that the Internet will gain a third dimension with our help. 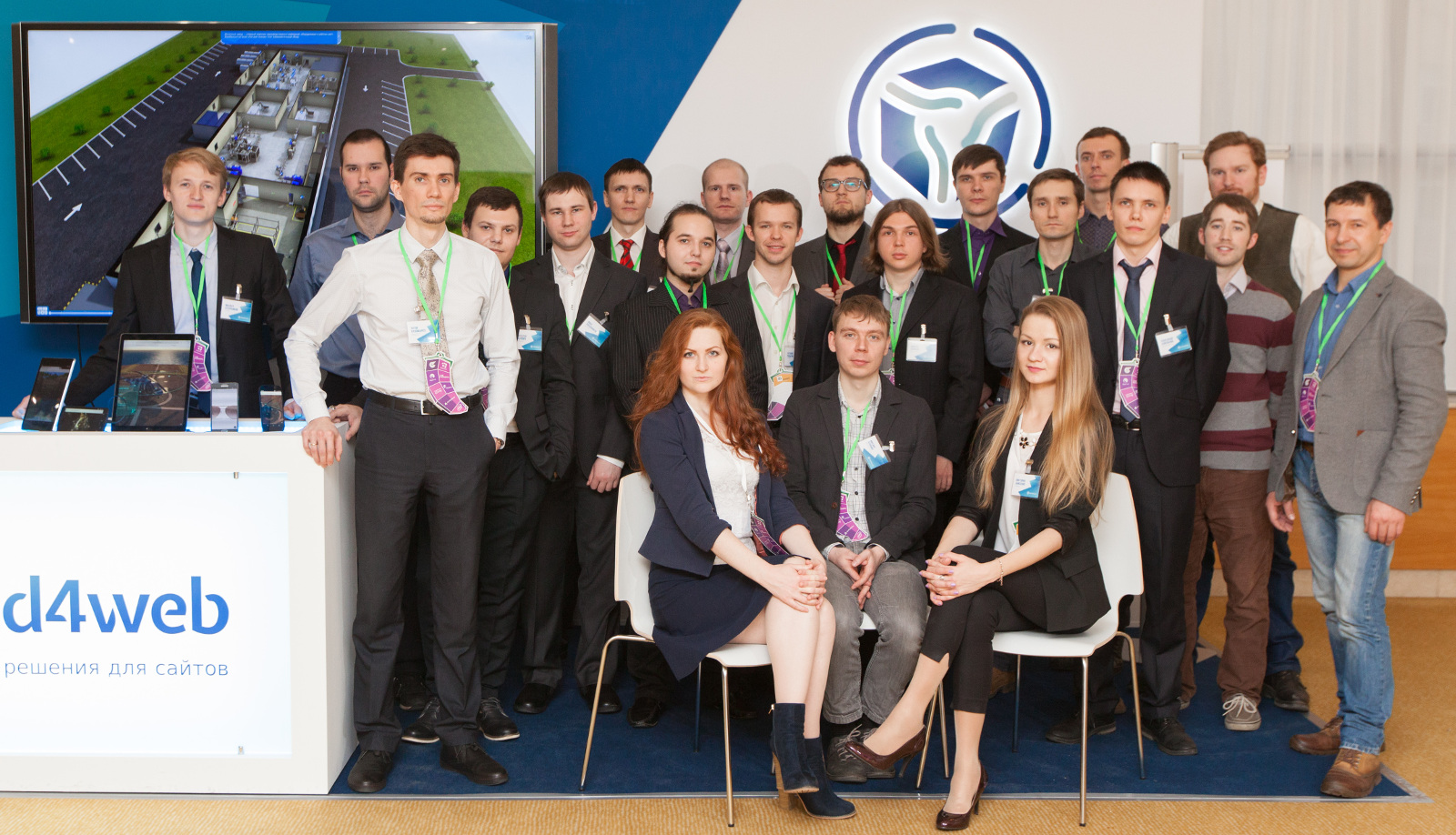