Interactive greeting card created by the Blend4Web team for the 70th Anniversary of the end of World War II.

In this app the following API methods were first used: copying objects at runtime (instancing), moving and rotating objects via TSR vectors (translation-scale-rotation), projecting a 3D point to the screen (for the rockets), aspect-independent parenting of 3D objects to the camera (for the launch button). We have also used such Blend4Web features as multiple animation types (controlled via animation slots), sequential image animation (flame and fireworks), procedural modifying of materials and many others.

The source files for this example are present in both Community Edition and PRO distributions. 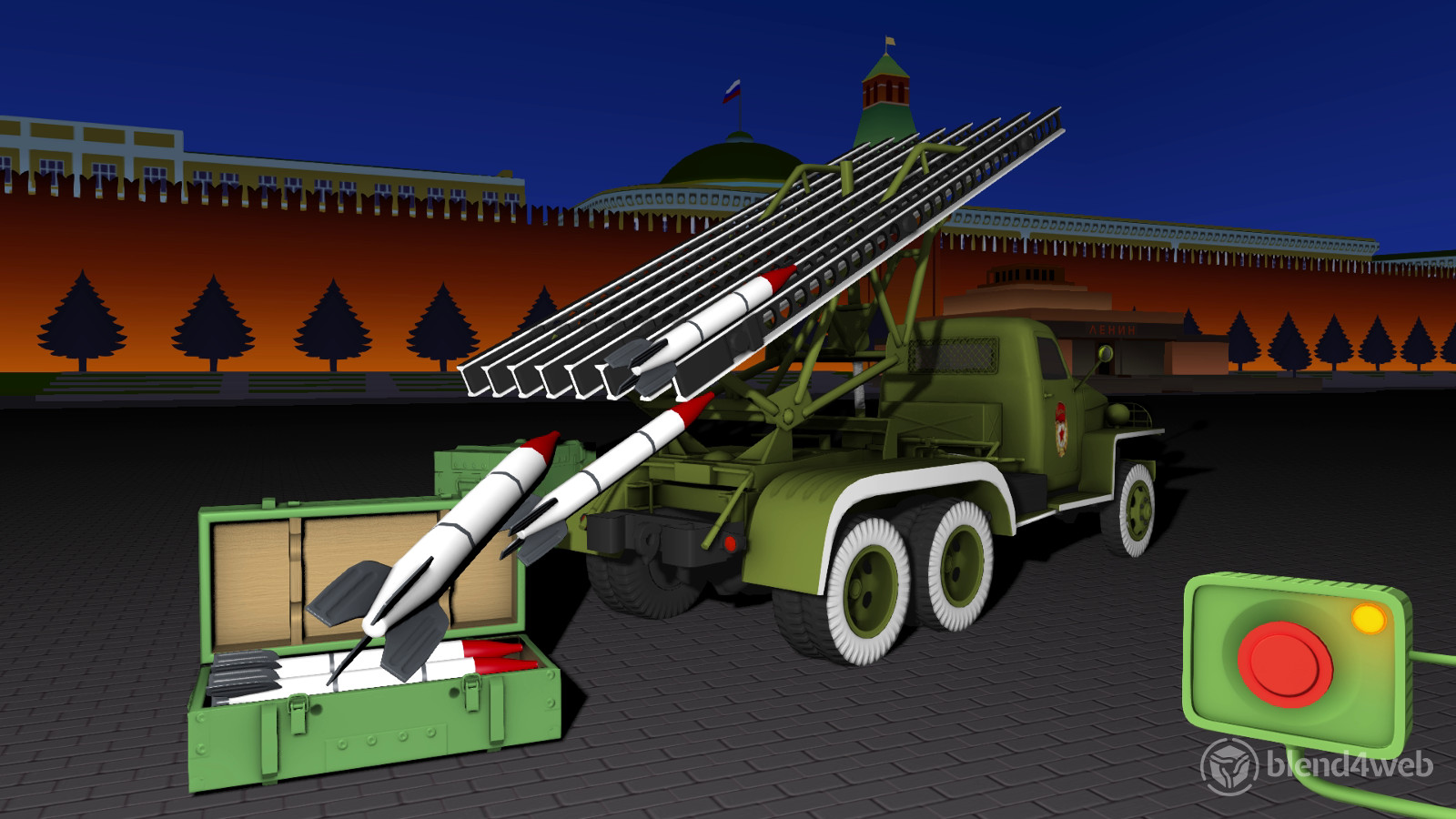 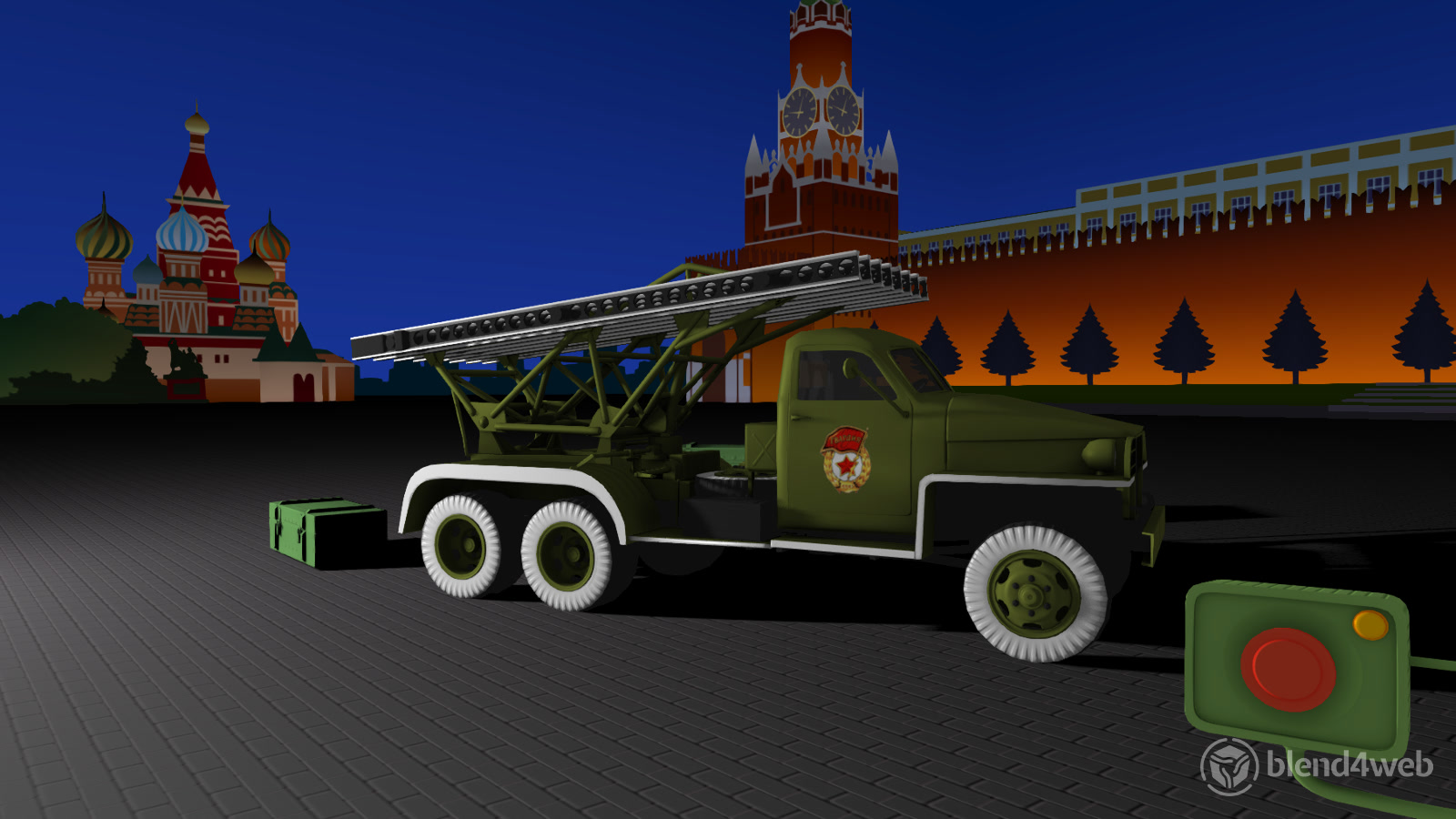 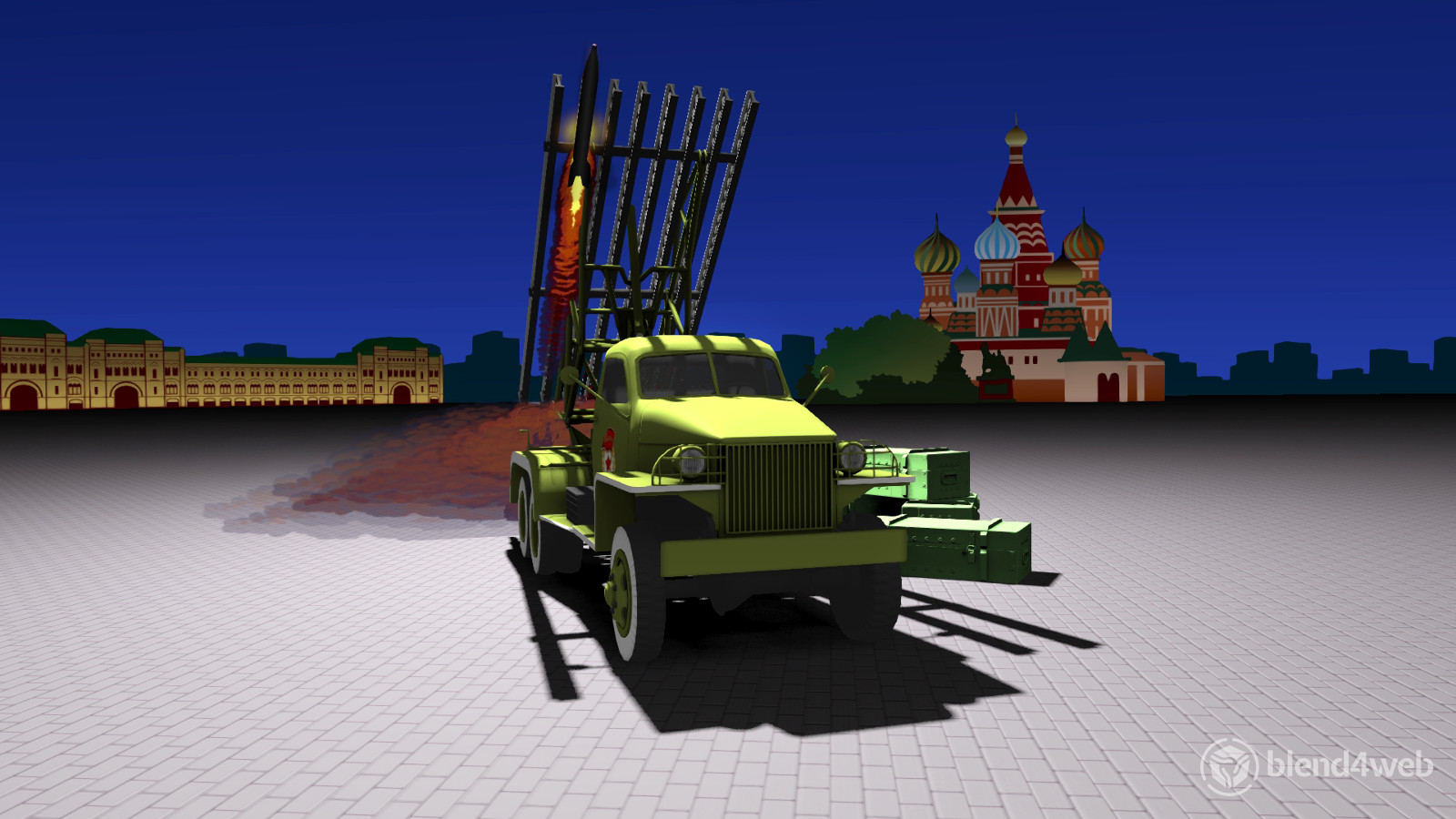