We wrote about the Terraces a long time ago, and they have grown bigger and a lot has changed since then. Also, a scene with a craggy reef (real Capri's Scoglio delle Sirene) which is connected to the coast has been added.

That's how it looked earlier.

And that's how it looks at the moment. Of course, it isn't done yet - it's only a draft of the coming scene, in which the main concepts are designed. 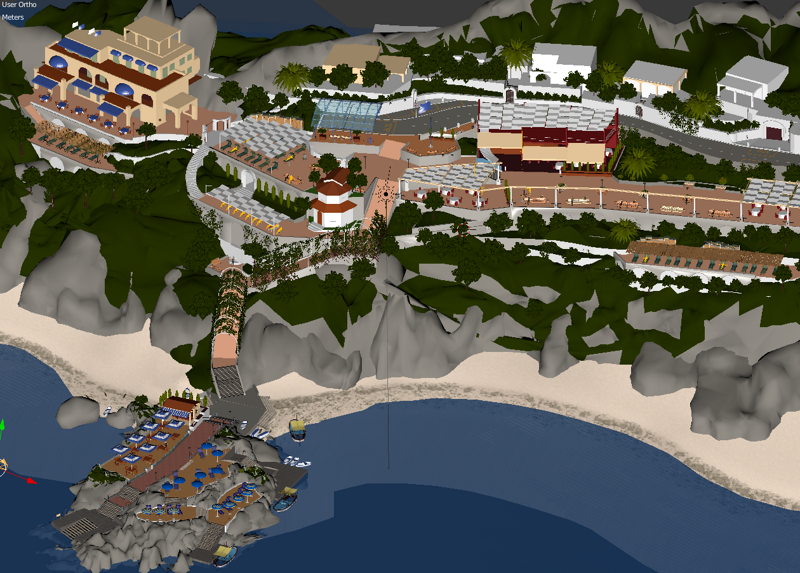 A concept of reef and coast geometry. Top view. Screenshot from Blender's viewport. 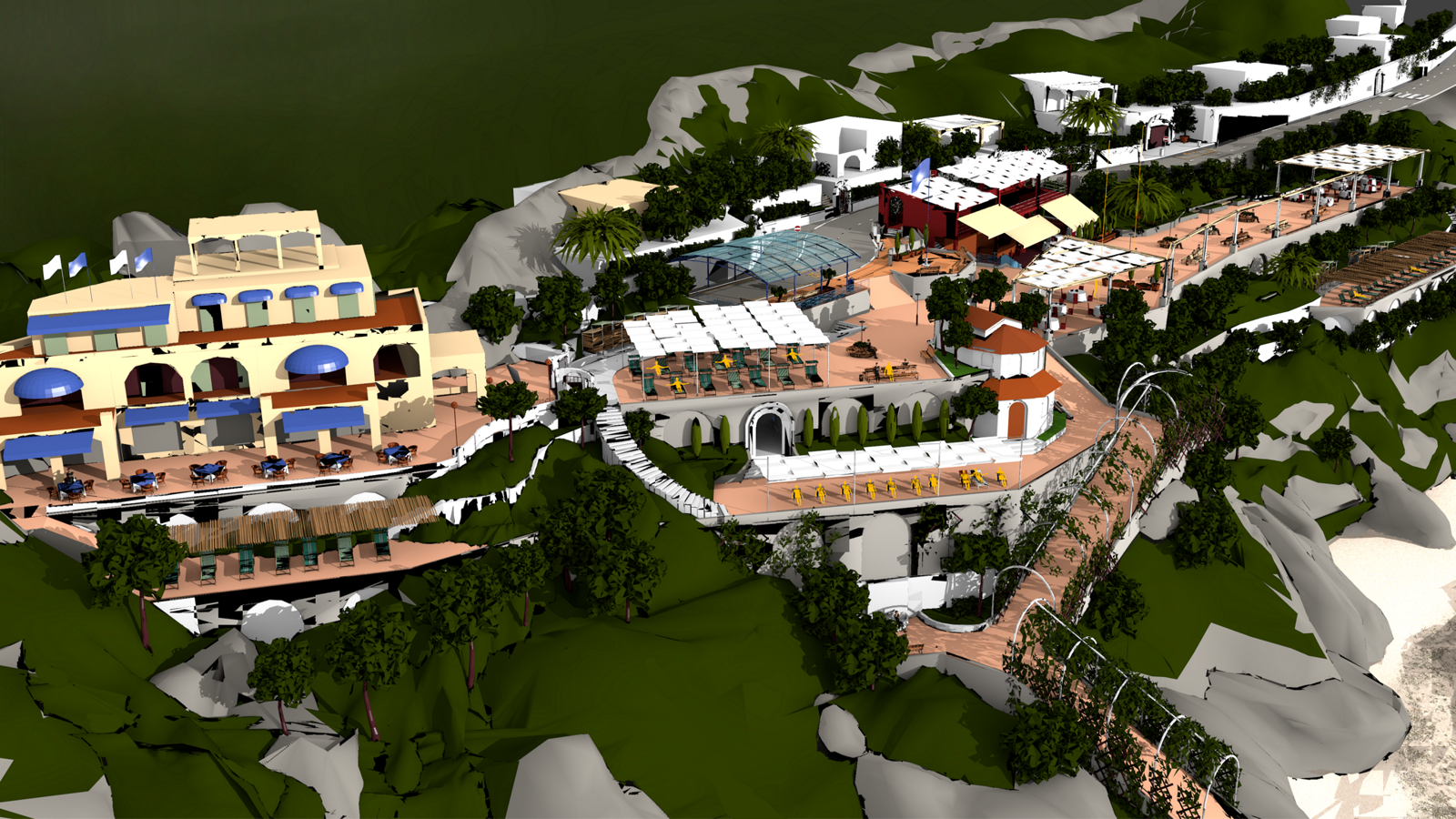 A concept of the coast geometry. Screenshot from Blender's viewport. Click to enlarge.

Lots of objects have been added: buildings, plants, benches and others. The geometry of the terraces and craggy rocks' landscape has been redesigned. Also, both the hotel and the bar are now adjoined by additional stages and platforms with tables and chairs and places with loungers, accordingly.

Aside from the bar that has grown to the bar-restaurant, the following buildings have been added:

Most of the new objects are being corrected and developed, but the overall architectural plan is ready. 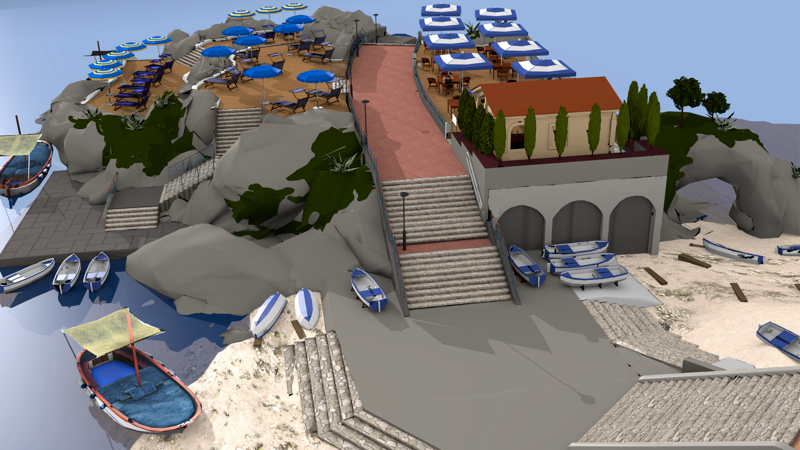 Now that we have the overall picture it's time to work on the details.

I'd like to draw your attention to the "building process" of the Suzanne cafe and to elements in the Terraces scene: benches, lampposts, trash can and other stuff. So, cafe designing started with a search for references.

The main idea was a beachside bar, so I combined its elements with elements of traditional Italian architecture like a tiled roof. It was important to fit the cafe to the surroundings so it wouldn't seem out of place. 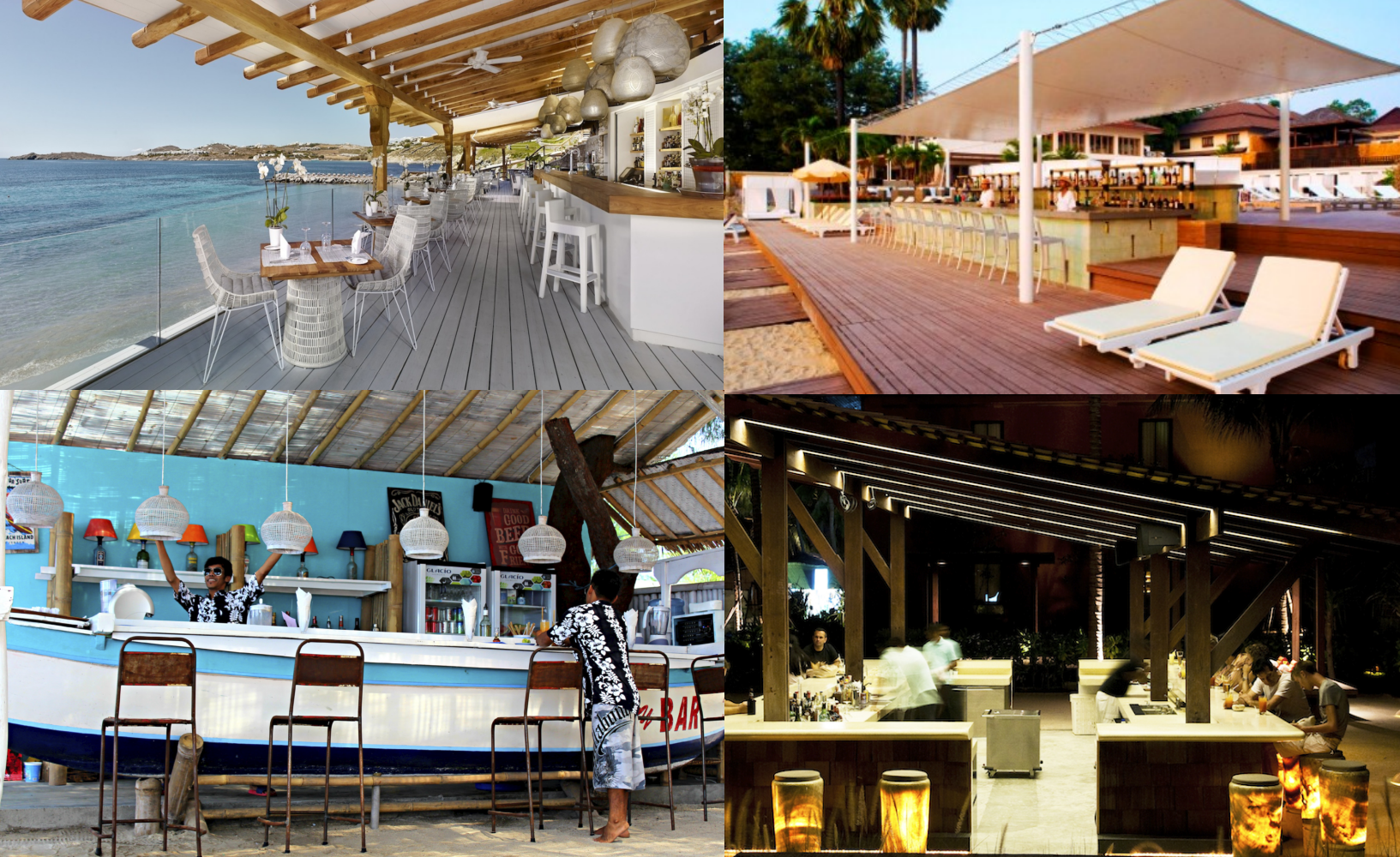 The references for the bar concept. Click to enlarge.

I started with modeling in Blender following precise and architecturally correct measurements. I repeatedly compared my cafe to similar existing buildings so the finished result would look pleasant and realistic.

After modeling, I rendered the picture from different angles and drew the details, textures and elements such as signs, trees and railing using Krita. This method has its benefits: a 3D editor makes it easy to build basic forms and calculates shading well, while a 2D editor makes changing color/texture and adding small details easier.

So, in the end we have the concept art of the "Suzanne" cafe. I also added some additional images of various objects to help a 3D artist who'll work with this later.

My concept art of the "Suzanne" cafe. Click to enlarge.

As for benches with flowerbeds and lampposts - I made them using the same method. At first - finding references and thinking of the idea.

I used the following references: 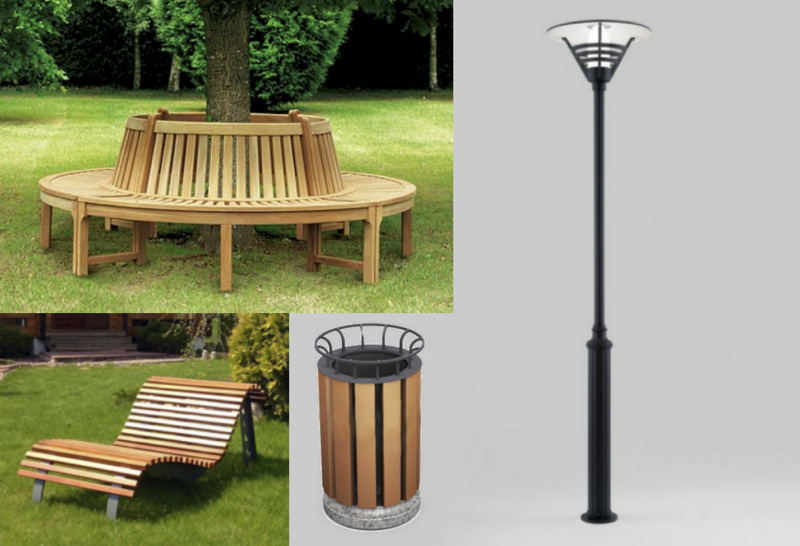 References for the benches, the lamppost and the trash can.

Then, I made the 3D concepts in Blender. I gave the models colors and simple materials, so that it will be easier to draw on them later.

After that it's time to add the textures in Krita. It's fairly easy to achieve the goal by combining layers with different blending modes. I drew the extension lines in Inkscape. I also added a light wood version of the benches.

My concept art of the bench. Click to enlarge.

Finished result made by the 3D artist. 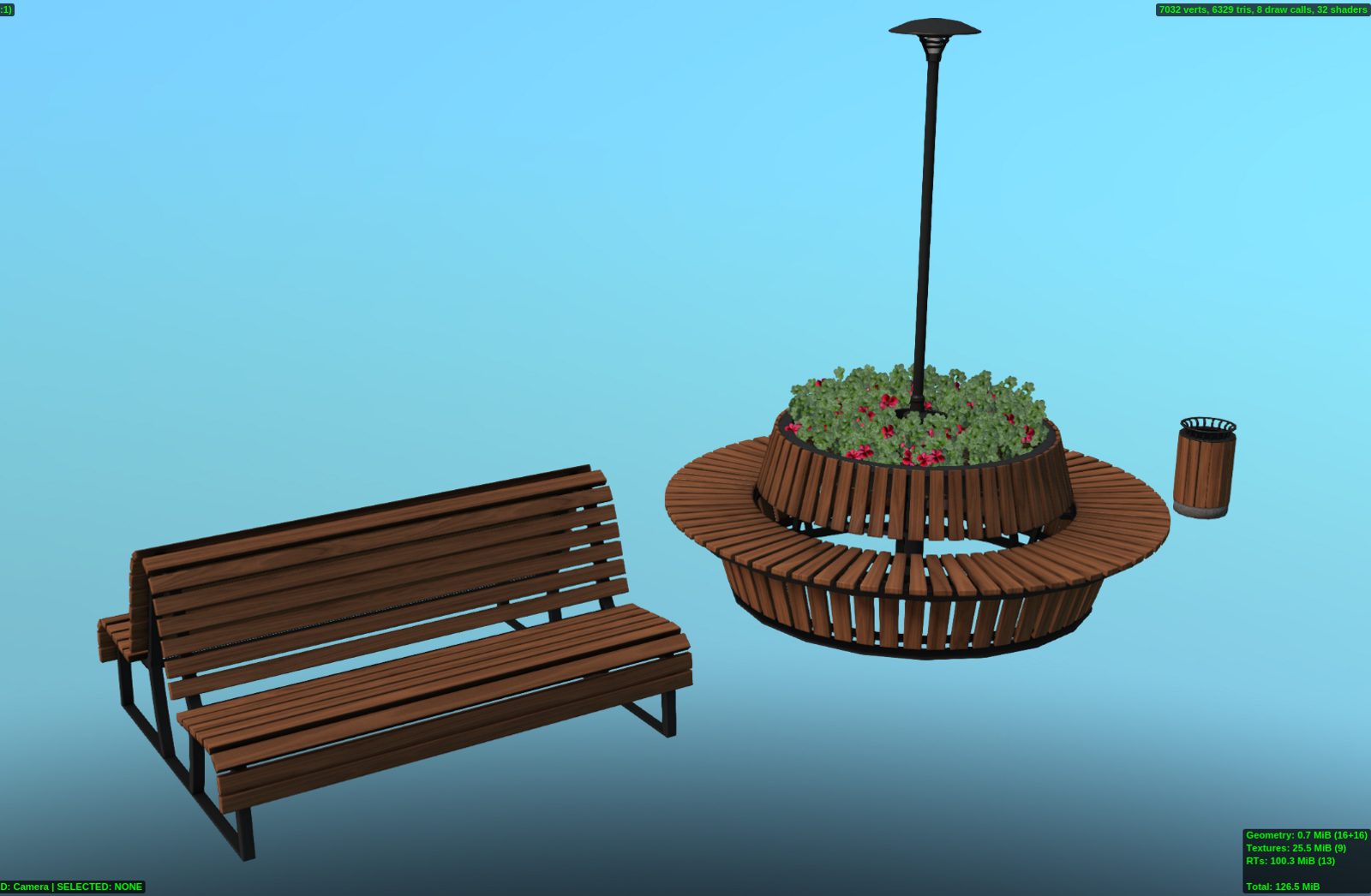 That's all for the Capri coastline. There's much work ahead, lots of models and concepts, so I'll be posting new articles when another group of concepts is ready.

Thanks for your article.

May I know whether you would limit yourself by the level of detail, LOD, requirement when you start the conceptual work?

Thanks for your article.

May I know whether you would limit yourself by the level of detail, LOD, requirement when you start the conceptual work?

Hi, and welcome to our forum.
I create concepts as detail as possible. The most attention I pay to the key objects which the user can come pretty close. Optimization and LOD problems would be solved by 3D-artists and programmers (as the creation of the whole Capri location goes on).
12 nov. 2022 12:44
DameonOberbrunner

I think it's a nice way to share photos of our beautiful island. It's nice to see the different perspectives of people who have visited our shores and captured their experiences in photos. I love that we're featured in the issue as well. I've always wanted to be in an issue, but it wasn't until this one that I actually got my picture taken! Try this SEO Company Tyler, TX to contact best companies. I also want to thank you for making me a Coastline. That is so cool! You don't know how much I love it! It's perfect for me because I live in Florida and my family lives in California, so being able to have both of them on one piece of paper is amazing.