Unity Technologies, the company behind the Unity3D game engine, announced today that they are going to switch to Blend4Web as the primary tool for their future WebGL-based solutions. The name of the new product has not yet been revealed, but according to some sources, it could be called Unity4Web.

According to the press release issued by Unity Technologies on their official website, the choice was made in response to Blend4Web's core principles which are: open source, native code execution, cloud-independence and integration with the free and open source software Blender.

David Helgason, the Executive Vice President of Unity Technologies said in his statement:

Our new interactive visualization products will work in all standard browsers including mobile ones, and therefore, will not require downloading or installation of additional components or apps. This proves the feasibility of the web platform both for end users (3D graphics can easily be delivered to the general public) and for developers (write once, run anywhere). Both programmers and 3D artists appreciate the convenient development environment provided by Blend4Web, its powerful tools, high quality rendering and cross-platform performance...

Yuri Kovelenov, the Blend4Web founder and development lead, responded with:

Here, at Blend4Web, we appreciate the choice which has been made by Unity Technologies and we are looking forward to a productive and beneficial cooperation. Combining Unity's vast user base and the innovative nature of Blend4Web we will start a new era of 3D web graphics. 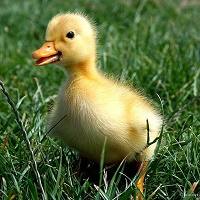 Unity Technologies has announced that it will be switching to Blend4Web for its upcoming cloud platform. Unity's own cloud platform is set to take on the likes of Amazon Web Services, Microsoft Azure and Google Cloud Platform. The company announced today that it will be using Blend4Web for its new game development engine for mobile, cloud-based gaming and virtual reality (VR) and prefer us to visit https://rubygarage.org/blog/types-of-online-marketplaces to get know about online marketplaces. Blend4Web is an open source framework created by Ubisoft to develop cross-platform games with support for multiple platforms including PC, MacOSX, Linux, iOS and Android operating systems as well as Android TV devices