It’s finally happening! The developers of Blender, a highly popular 3D software, announced the release of the new version 2.79. While it is not a major breakthrough that the next 2.8 version promises, this new release still contains many important and useful things.

Blender 2.79 is the final release in the current branch, and it already includes some ideas for the next set of releases. Many of these ideas will certainly be included in the next release. It is also gratifying to mention that some parts of the Blender 2.79/2.8 code are written by Blend4Web programmers.

Some time ago… a couple of years ago, to be precise (actually, it might have been even earlier than that), the developers of Blend4Web tried to add a small patch to the Blender core, invisible to the end users, but still very important. Now, it is finally accepted, and here are the changes that it will bring.

The first one is… incompatibility. Yes, you heard that right, there is a chance that the blend files saved in the new version may not open in older ones. This probably sounds like a questionable decision, but please don’t rush to curse the developers.

Because the Data-block Pointer Properties feature (this is how it’s called in the Blender manual) really is a very important innovation that can make life so much more simple for Blender users and add-on developers alike. Lots of annoying issues in the UI will be no gone, including needless additional actions, such as adding logic node tree to the Logic Editor settings. Now Blend4Web developers (and not only them) have a chance to get rid of these absurdities and make the interface a lot more user-friendly. And, of course, we won’t limit ourselves with just the UI.

Copying a mesh with the Surface Deform modifier.

The vast collection of Blender modifiers has a brand new entry, the Surface Deform. Its purpose is to transport deformations from one object to another.

Imagine, for example, that you a making a chainmail armor that consists of many little rings multiplied with an Array modifier. Animating a sophisticated object like this can be a difficult task, so instead you can create a simplified version and attach a Cloth modifier to it. Then, you can use Surface Deform to copy cloth animation from the simple object to the more complex one.

At the left is a rendered image without Denoise, at the right is the same image with it enabled.

Another new feature will be especially useful for the users of Cycles renderer. Meet the Denoise algorithm!

Those of you who use Cycles engine for final rendering know fully well that you can get a very noisy image if the number of samples is not high enough (see the picture above). The new algorithm is able to significantly improve the quality of the final image without increasing the number of samples and thus the rendering time. These almost miraculous settings can be found on the Render Layers panel. 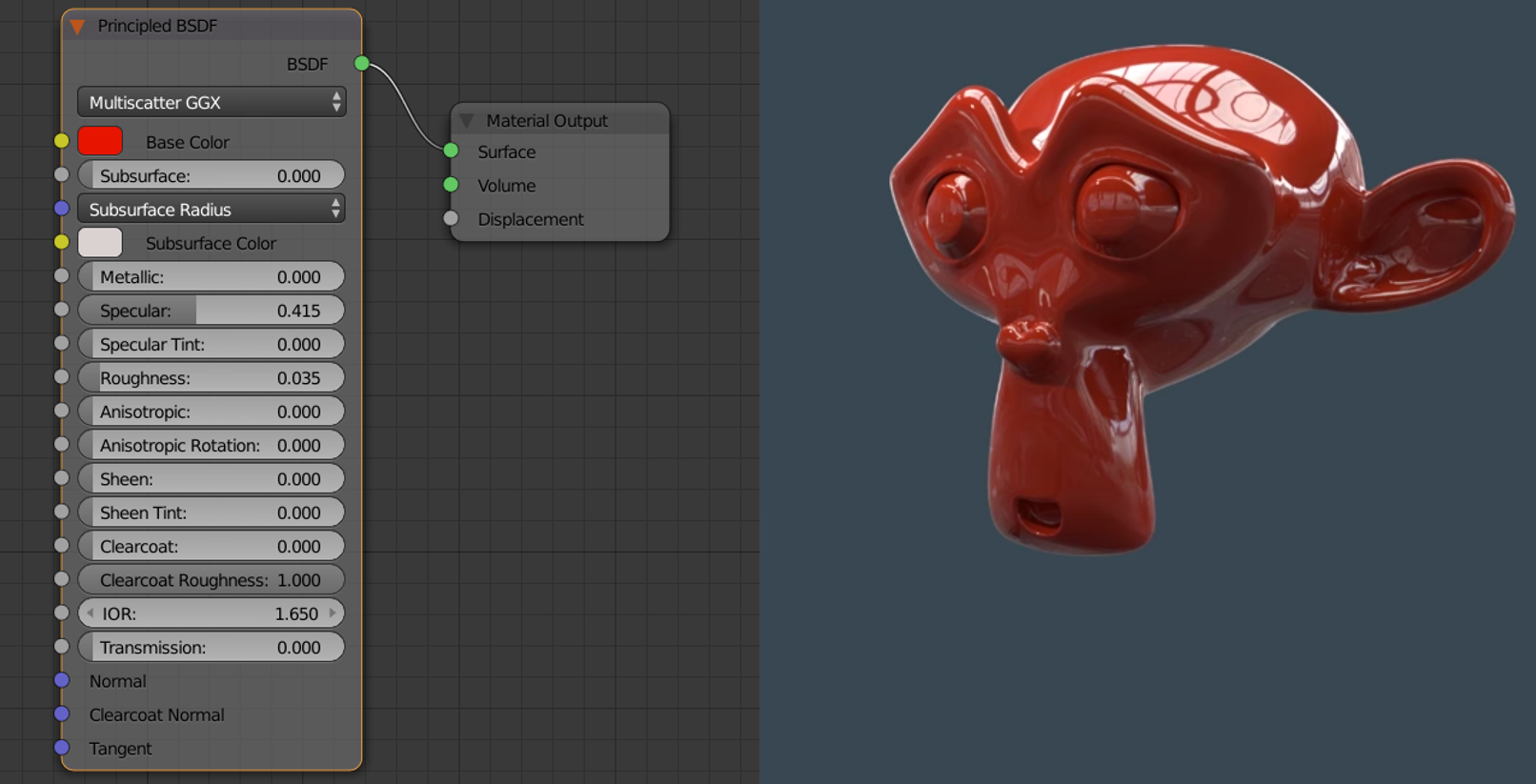 The Cycles engine can certainly do many things, and now, with the introduction of the Principled Node, you can greatly simplify your material setups and achieve the highest degree of realism. So, here is the new super-node!

The Principled Node combines countless material parameters in one singular entity. It is based on a well-known PBR shader (also known as Disney shader, developed by Pixar). Just one look at the picture above is enough to get a glimpse of the numerous parameters available in the Principled Node. 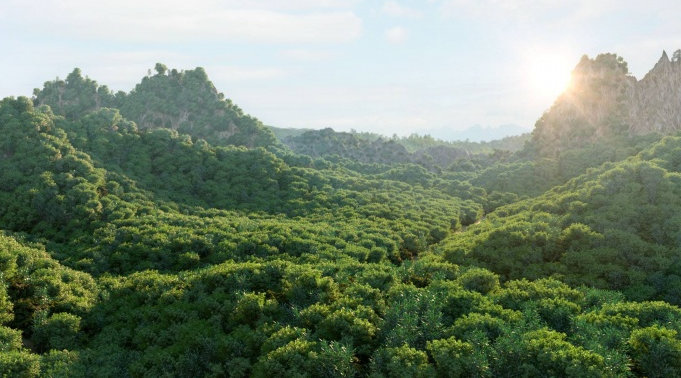 This, of course, is not a complete list of new features in Blender 2.79. You will also find an improved Grease Pencil tool, optimizations for Cycles renderer, new animation options and an immense amount of new add-ons. By the way, the owners of AMD Radeon video cards won’t feel discriminated anymore, as the new release takes full advantage of their GPUs.

But in the end, it still is our good old Blender, a great piece of software that is always ready to help us in building 3D worlds. Do not hesitate to download the new version, as Blend4Web is already fully compatible with Blender 2.79!

That is awesome to have some of your work built into Blender now!