I noticed that the fan of my PC started running when the B4W app I've been working on (i.e. no webplayer) was just sitting there in Firefox, seemingly doing nothing. I got curious and found out that the application was leaking memory pretty fast, about 300MB a minute. Also, the CPU is running pretty high (FF took 35-43% of CPU) even when application is idle. This happens with FF both when testing the app locally and running the version from a remote testing server over the internet.

I tested running the app on the remote server from Chrome and IE as well and they don't show any of the same symptoms. Memory usage varies only a bit on both and the CPU load is down to 10-15 (Chrome) % or less (IE).

Edit: Just realised this happens also when running the 3D scene in the viewer from Blender (Fast Preview). That's probably the reason why my FF has crashed every now and then when left alone in the background for long enough…

Edit2: It seems like it has something to do with the actual 3D scene, as it doesn't happen with all apps. For instance, your Cartoon interior, First Person tutorial and Bone API in Code Snippets leak memory, but your Flight and Dairy Plant demos don't. Maybe it has something to do with the interactive functionality? Which of course I have also in my app. Event listeners perhaps??

I notice it , and another developper (Goblins) too
The problem is when "Physics" checkbox is enabled.
#13052
hpi3D

posts: 37
Thanks martial, that's it! Great tip, as it makes the app much lighter right away. I'm glad I don't need the physics stuff.. 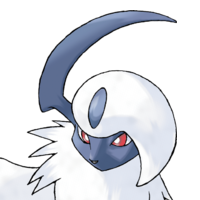 Yes this problem occured to me when I check "Physics" checkbox is enabled.

I hope the problem will be resolved one day anyway because it's problematic
I'm not crazy ! My reality is just different than yours.