posts: 558
This code here can be adjusted:
:
If you change the 2 into a 4, the object will not be so close. Then you will also need to change the 1500 because in 3D space, the farther away from the camera you get, the larger the areas you are covering.

"can't drop it in my target object."
Maybe you can take a screen picture so I can see your target object?
Twitter
3dxmedia.com
#17286
Will Welker

posts: 558
So here are the results of some changes:


I also helped the rotation by changing the rotation of the chair it its Blender file. Then use Object > Apply > Rotation. Then rotated the chair back to normal.
I can move the chair anywhere this way. 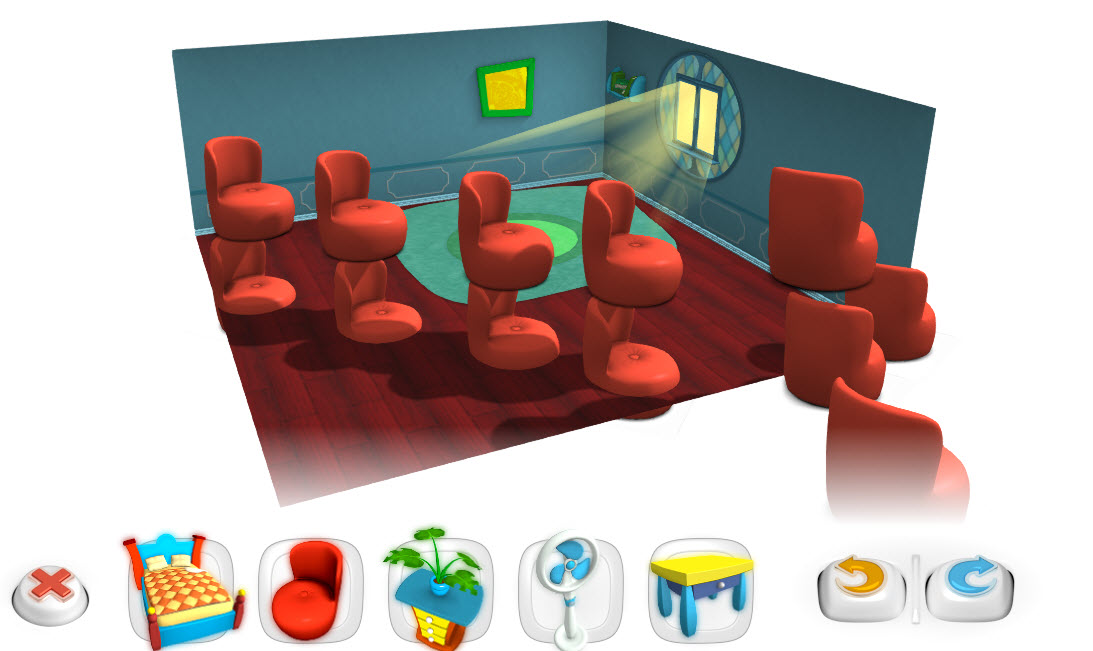 posts: 16
When i move camera backside and try to move it can't move.

posts: 16
sir, i tried but when i move backside it does not work and top and bottom position lock.
Any new method possible?

I am trying to solve my problem in new way.
code below:

but how can i calculate dx, dy and dz.

it work but calculation wrong according to mouse and object movement.
#17294
Will Welker

So you are taking X and Y from the mouse coordinates on your screen which is 2 dimensional and also moves around every time you move the camera. Then if you transfer this into a 3D scene, the only way it can work is if your camera is locked in position. And since your mouse can only move in a 2D plane, you can only tell your object to move in a 2D plane.


I believe this above code is what locks it up when you are below or behinds. After I commented it out, I could move things around from above, below and behind. The StiffViewportPositioning object has a field for a rotational quat. I am going to try to use that instead of rotating the object in its Blender scene.
Twitter
3dxmedia.com
#17296
alpatel2008

posts: 16
Yes Sir,
When i move object, disabled camera controller, and when mouse up camera enable.
so, 3d object drag it in like as 2d view. but (dragging off) mouse up it takes 3d view.

it work but mouse movement not along with selected object coordinate.
I attach my html file, json and bin files with javascript code.
#17297
Will Welker

posts: 558
Here I fixed rotation using a quat instead of rotating the chair inside the Blender file:
Inside the main_canvas_move function:


So now I can place an object anywhere in the scene and the rotation buttons work: 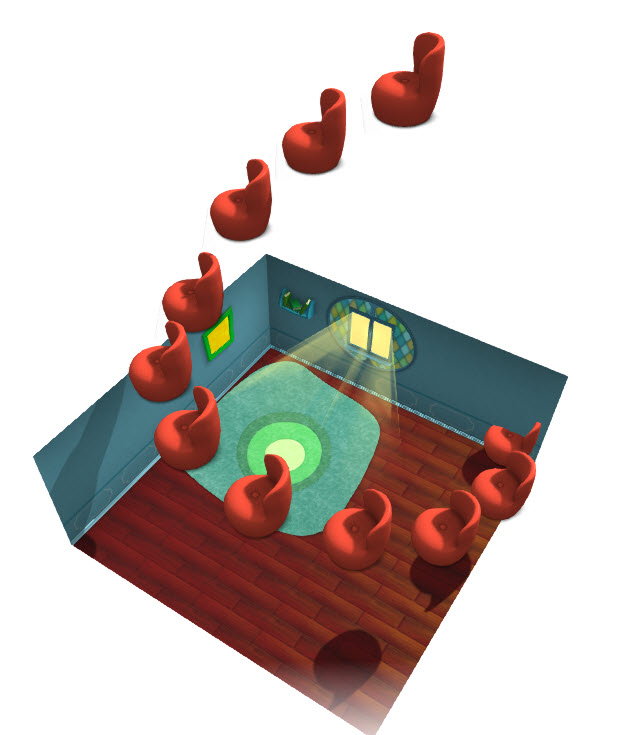 posts: 16
How can i get selected 3d object's local coordinate not world space coordinates?
any idea sir.
#17299
Will Welker

posts: 558
I fixed the uncaught canvas_up error that happened when you rotated the camera with no object being dragged.
I have attached my whole JavaScript file. Also in the Cartoon Interior environment.blend, I disabled camera limitations. So if you rename your existing cartoon_interior.js to something else to save it, you can replace it with this one.
Also the fan object breaks when you move it due to armatures. Still need to fix that.
Twitter
3dxmedia.com
#17309
Will Welker

posts: 558
"How can i get selected 3d object's local coordinate not world space coordinates?
any idea sir."
I think that when you bring an object in, its local coordinates are 0,0,0. I don't see anything in the API to get that info though.
Twitter
3dxmedia.com