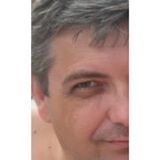 posts: 32
how do you mean "create plane with "Do Not Render" checked on it" ?
#8876
malutanpetronel@gmail.com

I have a sphere and the image for example contains some faces and when I click on a rectangel - similar to face detection facebook or so I will arrive to a profile page of the person.
#8871
malutanpetronel@gmail.com

posts: 32
Probably many of you created 360 images.
I am wondering if there is any way to attach click events to certain parts of the projected image before 360 and then in the 360 image to be able to click or highlight that areas and jump to a web page ?

posts: 32
Yes thank you !
Also needed to flip normals to go inside the spere and everything was ok !

Thank you very much for your help Ivan
#8293
malutanpetronel@gmail.com

posts: 32
Is it an HTML export Ivan.
I did uploaded a zip file containing the html and the video file here: link

Can you please have look and maybe advise afterwards ?

posts: 32
Thank you for suggestion !
I did the changes, also moved the video in the same folder, re-assigned the texture and re-exported than opened the html in broser and got

360.blend
360spatial.m4v
both in the same folder
360.html is the exported file same folder too