Capri Blog Issue 4. Under the Influence of the Wind

Capri island is not only full of tourists and attractions, but also rich covered by foliage. As for the cherry blossom in Japan, many tourists came to the Capri ssland to see the rapid flowering of many bougainvilleas varieties and other flowers. So, in some manner, our project trying to convey the diversity of the islands plants.

Trees under the influence of the wind. 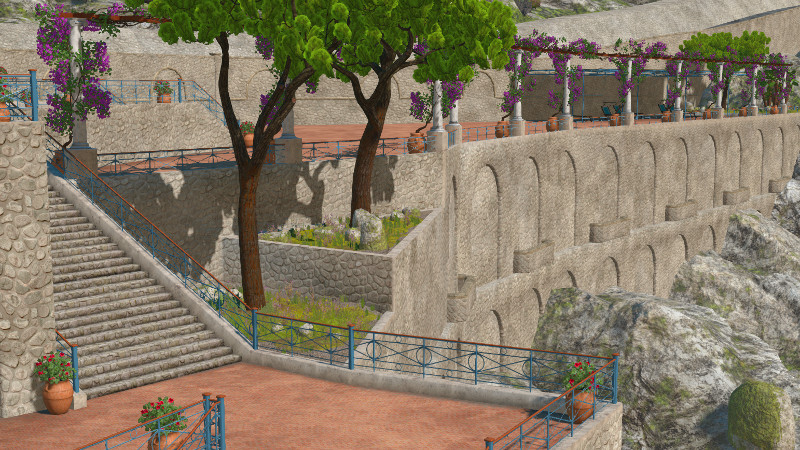 Foliage near the terraces.

Plants are partially dynamic objects in games. To stay realistic, they must respond on players actions and weather condition, such as an influence of the wind. We'll try to give the detailed explanation of creating the effect of the game objects interaction with the wind. 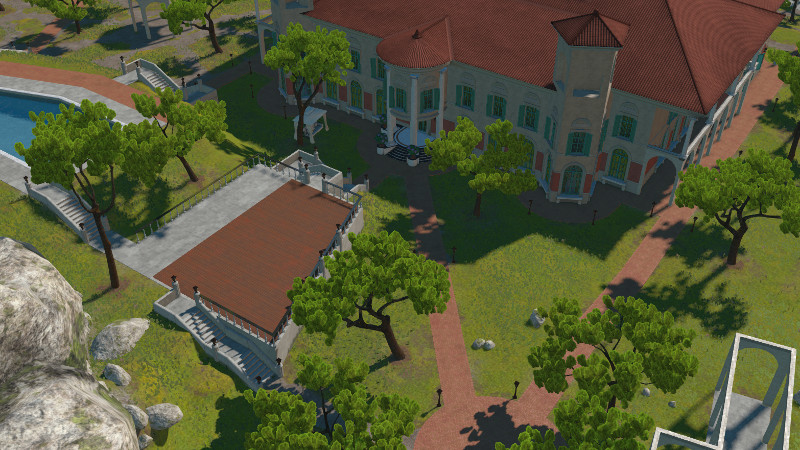 Foliage near the villa.

In the series of articles about the Wind Bending you'll see three videos in different ways explaining this effect. In the first video you'll see a schematic explanation of the Wind Bending technology from a man who was involved in its development. In the video you can get a basic understanding on how the engine affects the geometry and what settings of the effect in which way do you need to use.

In the second article of the series with next two videos you will see the usage of Wind Bending in specific examples.

Amazing suggestions about the games on your bog these are quite updated to all. there should be people who might looking for the game’s animation ideas should grab them here. Keep it up with the best assignment service excellent work here that would be updated to all must visit other pages to explore.
20 jun. 2022 13:48
KateMarion

In this issue of Capri Blog, we explore the relationship between wind, power, and people in a residential area of Buenos Aires, Argentina. I provide you with http://bestrvextendedwarranty.com/ and get more new things for warranty cards. We found out more about Windupami, an innovative project which converts wind energy created by neighbors into power for their homes, but also offers them all kinds of fun activities such as yoga, dance parties, and painting sessions something that other cities might find surprising but not in the capital of Argentina.
25 oct. 2022 10:38
OsbornTyler77

One of the most important things you need to know about college essay writing service reviews is the quality of their work. Professors give grades based on the quality of your writing, including grammar, punctuation, style, formatting, and presentation. You don't want to get a C grade for a paper that is poorly written. To prevent this from happening, you should check out the samples provided by writing services and check their reviews.
26 oct. 2022 15:31
Bravestone

I really love the cover photo of Capri Blog Issue 4. Under the Influence of the Wind. It shows a beautiful scene from an island that is not too far from my home. Try this it solutions london ontario for best reviews. I think it's a great idea to use this photo because it shows how beautiful nature can be and how much we need to protect it from pollution and other factors that may harm our planet.
16 nov. 2022 15:51
silverady

We will deliver an outstanding piece of writing to you within the timeline you have specified when placing an order on the website essay about psychology. Since day one, our mission has been to provide students with the highest quality of academic writing assistance.
22 nov. 2022 12:36
jamesw

Using KuCoin trading bots can help you save time and money by automating your trades. However, there are some factors to consider before purchasing a bot. The bot you choose should offer a variety of features, be secure, and be free.
23 nov. 2022 16:54
TomasaR012

I've come to realize that the wind is something of a recent influence in my life. Before I had any idea what it was, it crept in and marked me down as its own. Here you can check briansclub and get to learn things about crypto marketing. Being this new thing around has caused me to ask questions about my own past and weave through the lines of where my mind is at today. I've been amazed by this new thing it's unlike anything else I've ever experienced and begs for attention.