The Most Interesting of the 2016

In their New-Year greetings, the developers of our favorite framework humbly kept silent about what happened over the course of the last year. I am here to fix this issue with an overview of the most outstanding achievements of 2016!

More than a year ago some information surfaced about the Blend4Web team working on a new project. Was it Capri or “Petigor’s Tale”, or maybe… well, none of this is correct. I’m talking about the material library.

This humble undertaking of the team’s artists has grown into something bigger, something that was appreciated with enthusiasm by every user of the framework. Today, nobody is surprised by the fact that the SDK is provided with a massive library of vastly different materials of the highest quality. And this exquisite gift does not remain frozen in time, it is updated on a regular basis. Every month the developers supplement it with several new materials. It now includes textile, metals, elements of nature and plastics, and the scope continues to grow bigger. Moreover, the creators of Blend4Web put their efforts into making something unique for specific events and seasons. For example, the final release of the year 2016 includes photo-realistic materials for ice and snow.

Let us Swing our Damascus Sword...

And the mighty Evgeny and Misha have come together. Striking and pounding on the Blender anvil was heard. And spread across the world were the good tidings of the Petigor’s tale... 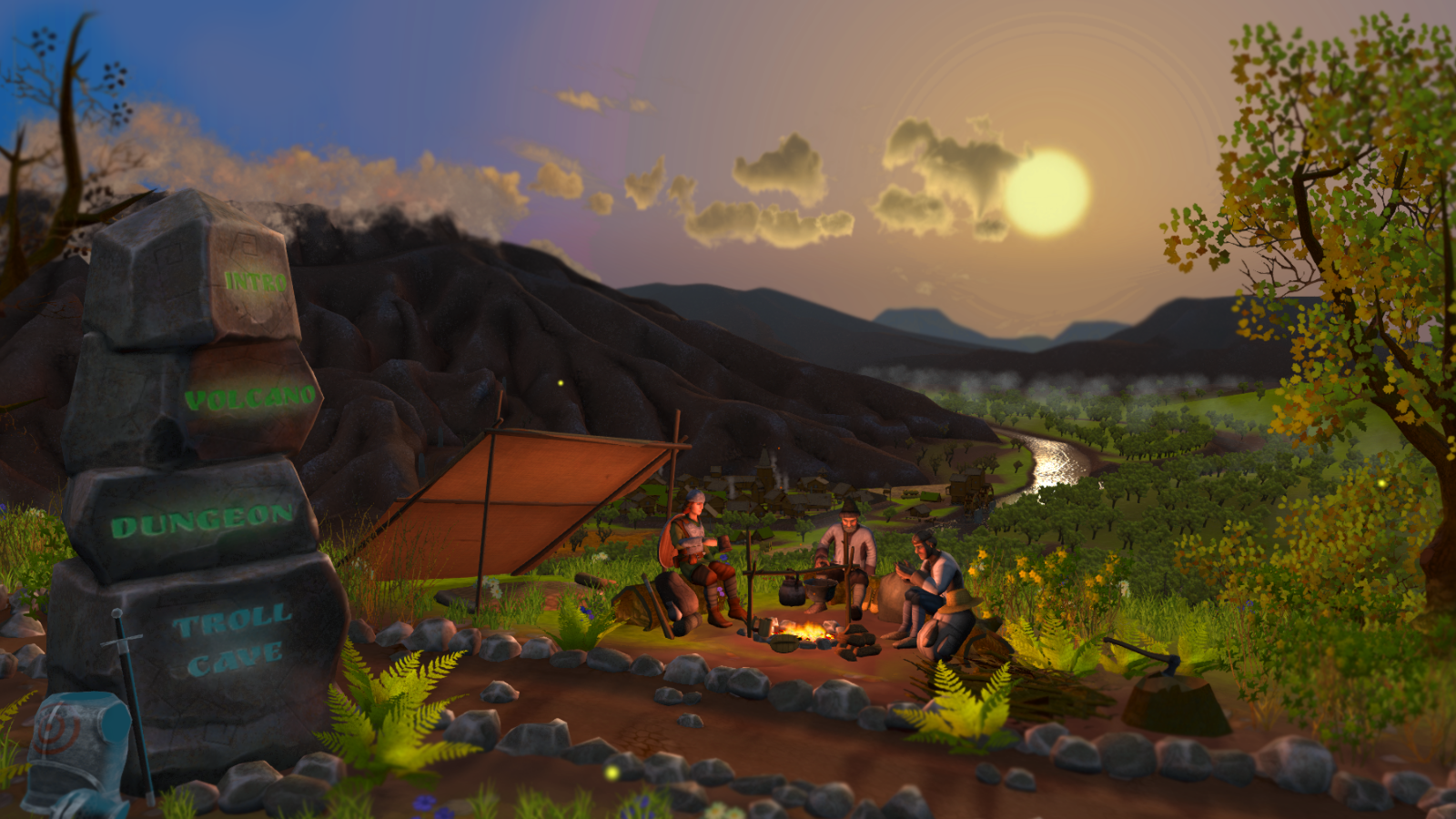 For a long time the users’ attention has been held by the scarce news of a browser game made by the framework developers. Very little information was available on this subject. You could have learned something from tutorials that periodically appeared on the official site, or from video reports from conferences, but it was not until the spring of 2016 when the first big game made with Blend4Web had finally been released.

Bright and colorful visuals, amusing voice-overs, several different levels and lots of technology solutions made ”Petigor’s Tale” a very solid and engaging project. And most importantly, all its source files are included in the SDK for users to research and use freely.

There definitely are things to behold there. You can find basics of working with Blender, exceptional shader pipelines, a complex intro scene made entirely with the logic editor, and also interesting artistic decisions. If you have not yet started digging into the game’s sources, I advise you to begin doing so, as you can easily find many things interesting to you personally.

But Petigor’s tale does not end here. From time to time, the developers supply the game with new interesting features or even entire levels. This massive project has almost exclusively been created by the combined efforts of only two developers, Evgeny Rodygin and Mikhail Luzyanin. These people, by the way, are no fairytale characters and can often be spotted on the official forum. You can talk to them for yourselves and ask some further questions.

Two Releases At A Time? With Ease!

It is no secret that a new Blend4Web build is released every month. Blend4Web’s strength lies in this fact, but so does its weakness. On the one hand, it is a good thing that new interesting features are introduced almost instantaneously, and issues are fixed quickly. On the other hand, though, the users often have to rework their projects for the new versions of the engine. 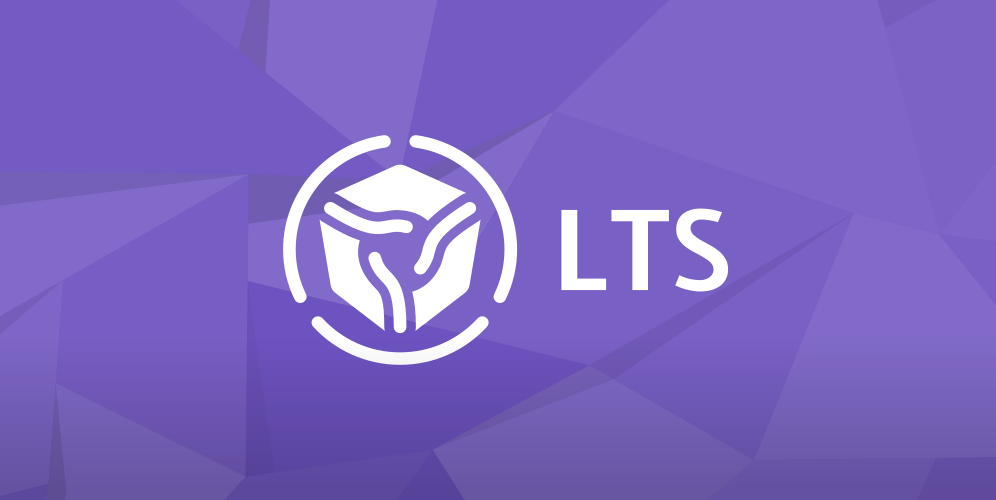 So the framework developers decided to sever this Gordian knot by introducing two types of releases. The first one is the well-known monthly release, and the other one is called LTS and is made as a frozen section of one of the releases.

In the end, the developers were able to appeal to all interested users. If you want new features, you can download a new build. If you prefer stability and constancy, then LTS is at your service. LTS, by the way, will be supported for a year. In this time, it will receive critical updates, but the functionality itself will remain unchanged.

In Tune With The Times

This overview is not complete without mentioning technical achievements introduced over the course of 2016, but there are so many of them that even listing the most important ones will require several pages. And I can already hear cries of the translators who will have to work through this text in the first days of January… (you wish; what really makes me want to cry is your attempts to joke)

Support for Cycles material nodes. This sounds like a miracle, as Cycles is a photo-realistic rendering engine integrated with Blender, and there is no way for it to work in real time. But the developers were able to overcome this most difficult task, and now the majority of the Cycles nodes work in real time without any problems. This is truly an outstanding feature, as this engine is very popular among artists. 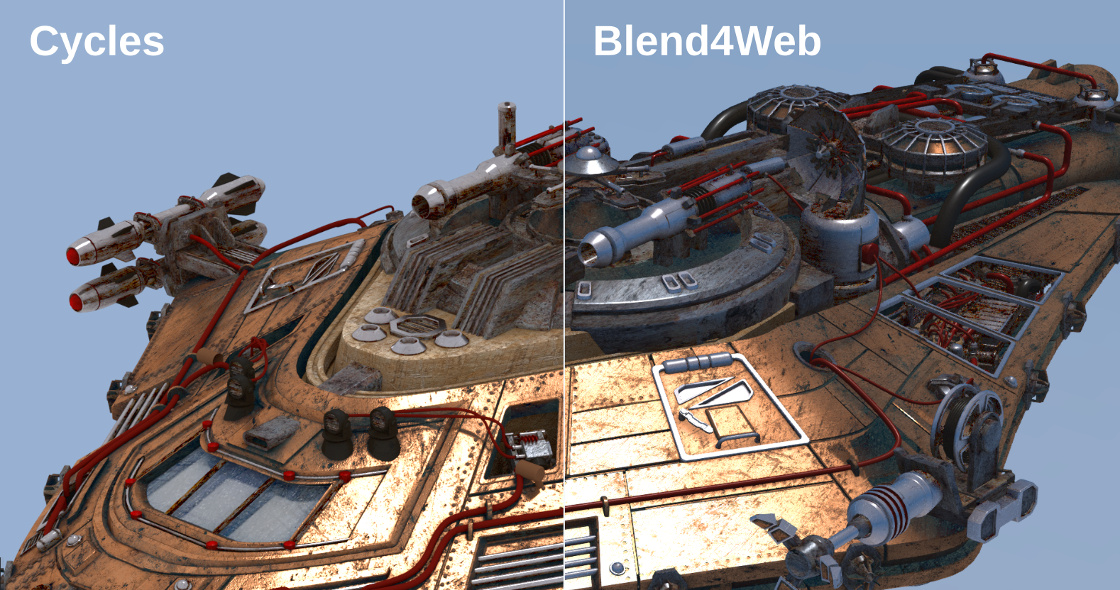 New API modules. Here, the developers were once again able to appeal to very different kinds of users. Game developers have got an option to develop first-person projects (also known as FPS). Those who prefer strategy or other games with intelligent bots are now able to use the built-in pathfinding algorithm. Working with various VR and input devices (such as joysticks, gamepads and so on) is now also much simpler. 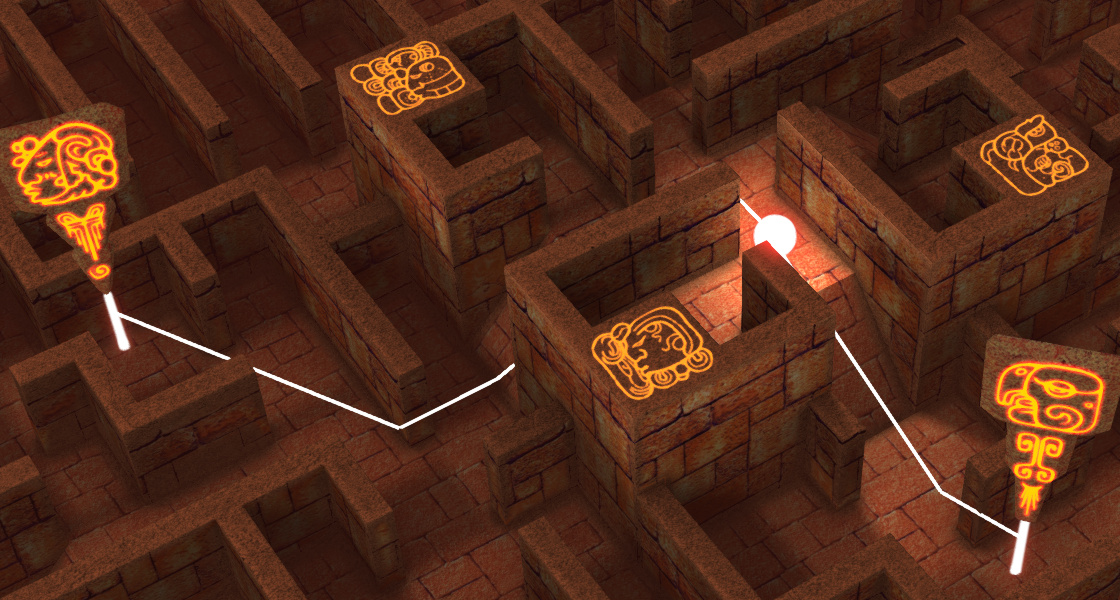 Logic Editor. The difference between what it was a year ago and what it is now is simply enormous. We’ve already got used to the fact that new logic nodes with interesting functions appear almost every month. But still, let’s mention the most important part. The logic editor is now multi-threaded. Several threads running in parallels can interact with each other, making it possible to create very complex logic blocks. It almost eliminates the border between applications that only use logic nodes and applications that use JS scripts. Now these seemingly very different structures can work together.

Rendering. Strangely enough, the news that the creators of Blend4Web help with developing Blender did not attract a lot of attention. Yet it is thanks to them new versions of Blender can show environment lighting in the viewport window, and they also made several nodes (such as Particle Info) fully-functional and made working with environment maps significantly easier. Blend4Web visual capabilities also took a major step forward. Shadow settings were improved, lens effect has been added, as well as some post-processing effects, reflections of transparent objects now work correctly, and new features for controlling particles have also been added to the engine. 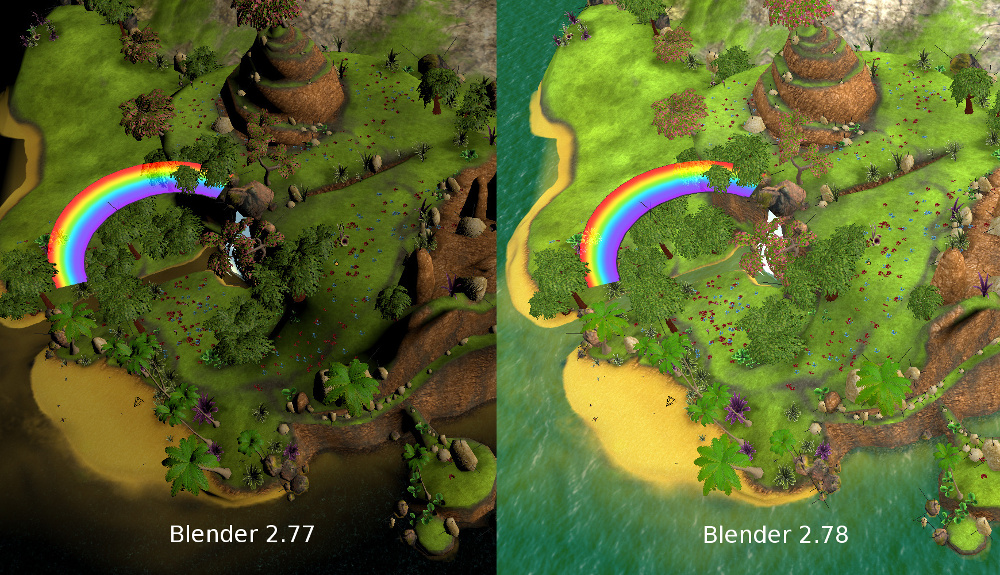 This year, in general, has been very interesting in terms of new major features. But the developers had also considered the things that are usually done at the end of the line.

Performance. The programmers spent hundreds of hours improving engine’s performance. Press-releases contained a couple of lines mentioning new optimization improvements almost every month. The developers were able to increase the performance of the rendering system and the CPU block, to improve object rendering algorithms and to optimize shaders. The users now have new functions for optimizing workflow, and the applications themselves are now work fine on low-end mobile devices.

Convenience. At the end of 2016 Blend4Web framework has reached the condition under which application developers can use only the framework itself for creating an application. This might sound a bit strange, but here’s what it means:

Every function used for creating, managing or deploying a project can now be accessed from a web browser window. A simple file editor that is familiar with project structure has also been introduced. Creating new projects is also much simpler now: you only have to fill a number of fields in a window. More that that, you can automatically test and update your applications after installing a new version of the framework. The file format is now very simple as well. And finally, you can easily build an application, optimize its resources and prepare it for deployment on a web server.

Considering all of the above, you can now create Blend4Web-powered WebGL applications using only a web browser and Blender itself.

Informational Content. What is most important for a beginner level user? Rich set of features? Not really. What’s important is a solid manual written in language that is easy to understand.

Have you noticed that the help system now is very different from what it was just a year before? The description of framework features are now much more complex, mini-tutorials for the very beginners have been added, and the API reference has been provided with a large number of short examples.

This was also the year of the first Blend4Web conference. It was held in May and attracted dozens of participants of very different occupations. It featured lectures by developers and guests alike. For an entire day people were exchanging their experience, telling tall tales and quietly speaking in the corner, establishing new and helpful connections. All lectures were recorded on video, so you can learn a lot of interesting things by viewing them.

And, of course, informativeness of the official web site has also been improved significantly. The site has been supplemented with a number of reviews of major projects made with Blend4Web, as well as various educational materials. And for beginning Blend4Web users, there now is an entire guide with simple and detailed instructions in which your humble servant had a hand. And, by the way, an entire book on Blend4Web will be out this year.