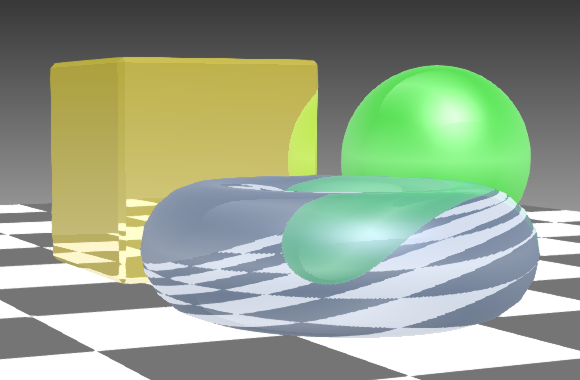 In the screen shot above, notice how the green sphere (a reflective but opaque object) appears in the refraction of the blue torus, however the yellow cube (a transparent object) does not.
We also don't see the back side of the objects themselves, even though the Transparency Type is set to Alpha Sort.

posts: 133
@Konstantin Khomyakov Thank you for suggesting this idea! Let me see if I understand correctly…

Do you mean that the plane could be moved to each of the six corners of an invisible cube (in front of the camera)?

I will surely need Viewport Alignment for this and other projects too, so thanks for telling me what that feature is called and where to find an example.

I'm still exploring the possibilities. One thing is for sure - there's no getting around the fact that I need to learn to set up first-person controls sooner or later. I feel that I really should face this, and overcome my aversion to coding.
In any case am curious to learn more about the solution you have suggested.

Another idea I had, since there are no aircraft presets yet, is that maybe I can sort of hack a watercraft setup into working without visible water under it - maybe parenting a block of some kind of "fake" water to it to get it moving through the air. But I haven't even made a conventional watercraft yet, so I am getting ahead of myself.

@LukeVideo
Thanks for offering your .blend to study. I have never used the BGE before, so I'm not even sure where to start. I pressed 'P' and got the car to move using the arrow keys. I couldn't figure out why it disappears sometimes, or why everything is scaled up so large (scaling it down made the car disappear even more easily). Studying the BGE in order to learn B4W seems like the long way to do it, so for now I think I'll just focus on B4W. I appreciate the gesture though.
#7025
Mentalist

I think it is a wonderful starter project idea. There is no serious flight simulators of any kind yet on b4w. So it will be really interesting for us to keep track of your app and help to solve problems which you will face

Thank you so much for the support!

Sorry, can't find any key-frames in blender. If i understand everything right, you want to animate empty to get missile move slower and slower with time. So you need somehow start this animation (apply default or with logic node or some other way)

In the .blend files I attached, the empties are not key-framed. Sorry I wasn't clear about that.

Regarding my larger objectives with this, I want to accomplish a few different things in a flight simulator game:

1) Planes should fly (Sounds simple, but I think it will be quite tricky. Evgeny has offered me some advice, but I'm still too much of a newbie to implement it.)
2) The planes should be able to shoot missiles and fire machine guns. Experimenting with methods for doing this was the purpose of this thread.
3) Missiles and other weapons should cause damage. I haven't reached this point yet.

This is currently way beyond my level of ability, so I have been doing some experiments and trying to learn B4W one piece at a time. There is a project I have in mind after this too, but I have to learn a lot more before I can even attempt it.
#7006
Mentalist

I got it!
It is a terrible bug
If you use non integer variables for Y or Z translation/rotation their decimal parts will be ignored.

So sorry for that!
We'll fix it in the nearest release

Ah, I was wondering if it was a bug. I guessed it was more likely my lack of understanding.
This is good news that I could help with discovering a bug!

No need to apologize.

Move To takes physics into account. Physics properties for each object are declared in specific panel, you can find info in docs:
https://www.blend4web.com/doc/en/physics.html

This is really good to know!

Thank you, on both of these points!
#7000
Mentalist

Thank you, Konstantin.
I was not able to get the variable to accept a non-integer value. I tried 0.5, 0.1, etc. but it did not work. What is the correct way to do this?
#6998
Mentalist

posts: 133
In addition to the Transform Object node, I have also done some experimenting with the Move To node.

In a second experiment I had the missile seek a target. The target will also move when clicked, so that the missile can be fired at it again. In order to keep it in view, the camera also gets re-positioned each time this happens (although the distance seems to have some variation each time).

I don't know how "on target" my approach is though in terms of being usable in a game, because none of this takes physics into account. But it's the most I could figure out so far using only the Logic Editor.
#6985
Mentalist

posts: 133
Thank you Alexander! I've got it working now!

I don't know if this is worth mentioning or not, but I initially got this error when I clicked the Bake button:

I think this is because I downloaded the .blend file from this post onto a different computer than the one it was created on, and had a file permissions problem. I was able to resolve this by looking at the file info and granting Read & Write permission to all users. I don't know if this will help anyone having a similar issue, but just in case…

One thing I am curious about: The option to Use Blender's Native Baker… for what kinds of animations would it be better to use the native baker instead of the B4W one? Or should I just always try the B4W one first and only resort to the native one as a fallback if I have a problem?
Thanks
#6963
Mentalist

Oh, and by the way, the "hand-off" technique works well when the empties are following Curve or Path objects too - like if you need the Camera to travel on a specific course. 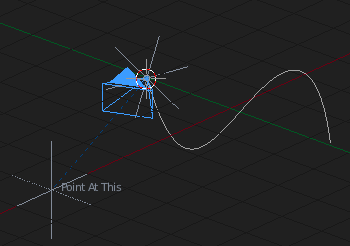 posts: 133
I have a simple mesh with a simple rig. It animates fine within Blender, but when I export it to Blend4Web it stretches in an unpredictable and awkward way. 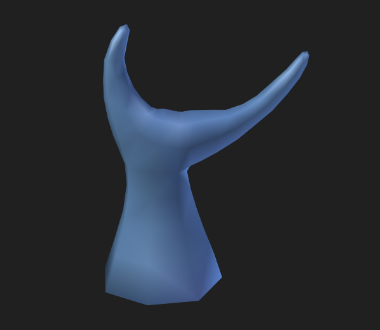 Here is what is happening in Blend4Web: 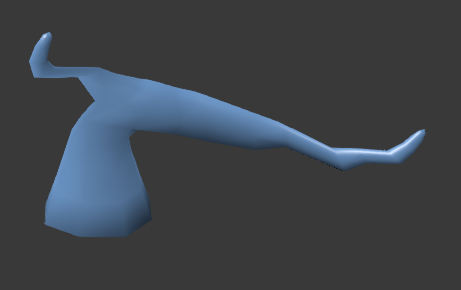