Our team is happy to present a new Blend4Web release! New features include, but not limited to, the development server, social sharing buttons, curves/surfaces/metaballs and spot shadows. 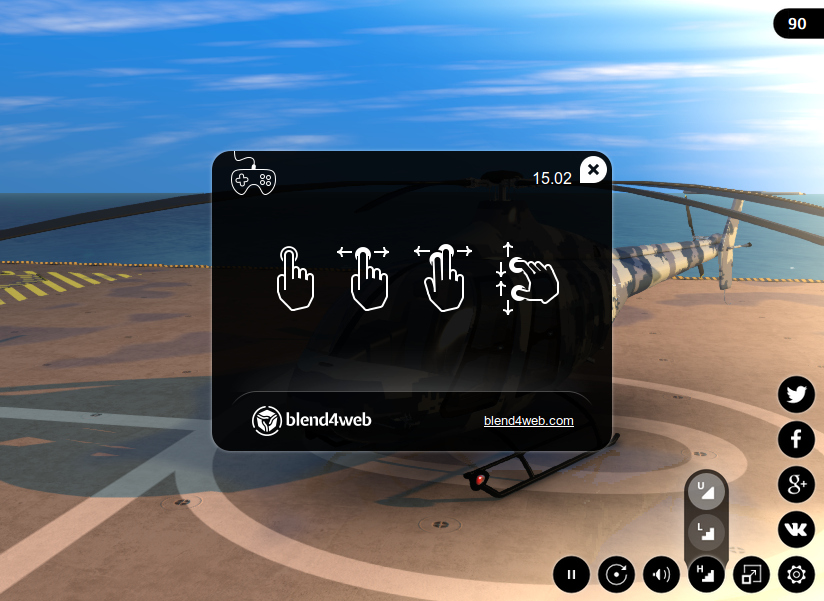 Similar to fallback images, the fallback_video URL parameter has been implemented to replace 3D content when WebGL is not supported.

The local development server can be run right from Blender! Thanks to this, you are no longer required to weaken browser security. The Development Environment Setup manual section has been rewritten accordingly.

Besides simplifying environment setup, now there is the possibility to auto-open exported scenes in the Scene Viewer (using Run in Viewer export option). The scenes are opened in the default browser of the user's operating system.

The Run in Viewer export option will immediately open the exported scene in the Viewer.

Moreover, the scene list of the Viewer (assets.json) is now opened upon Blender startup. Thus, it can be easily edited with Blender's native text editor. 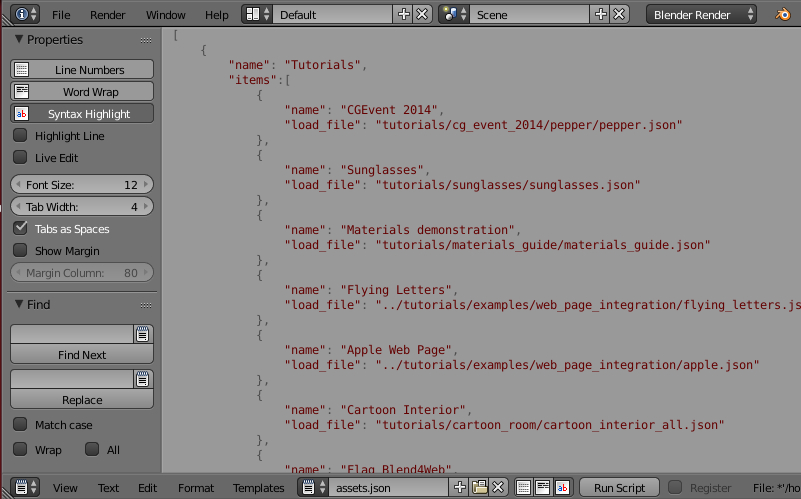 Finally, the Blend4Web-specific nodes now get listed in the node group menu upon Blender startup. No more manual appending from special_nodes.blend! 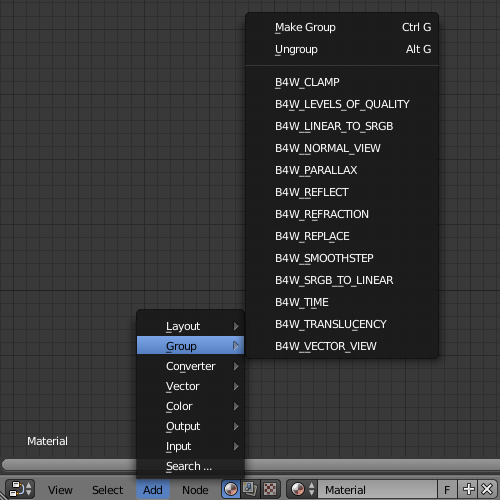 Blend4Web-specific nodes are listed in the menu.

As a result of the above-mentioned changes, all operations with scenes can now be performed without even leaving Blender. 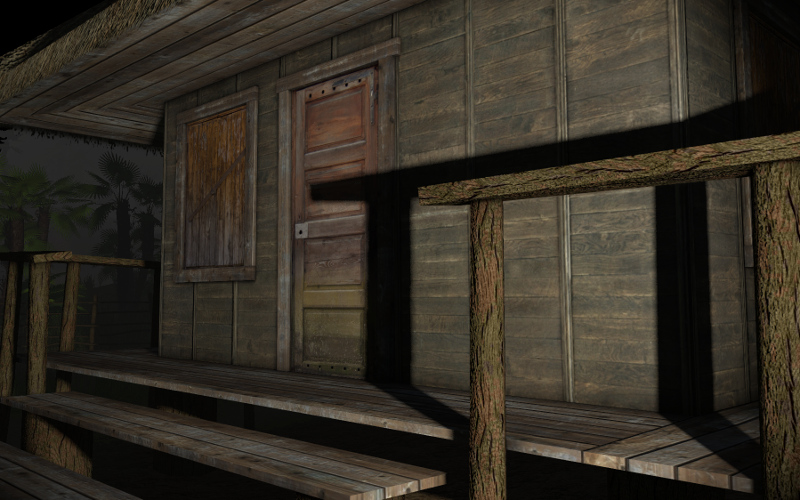 Flashlight shadows in a modified scene of the Jungle Outpost tutorial.

Blend4Web now supports procedural Blender objects such as Curves, Surfaces and Metaballs. These objects can be exported without previously being converted to meshes. 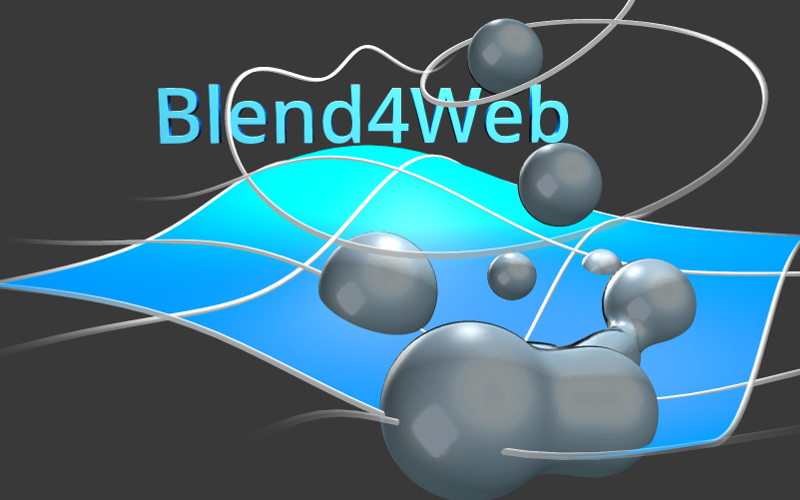 Also, now there is the possibility to preserve rotation and scale of billboard objects. This can be helpful to billboard procedural objects such as Text, because Blender's Apply - Location/Rotation/Scale function doesn't work in this case.

The Scene Viewer is now capable of making screenshots. 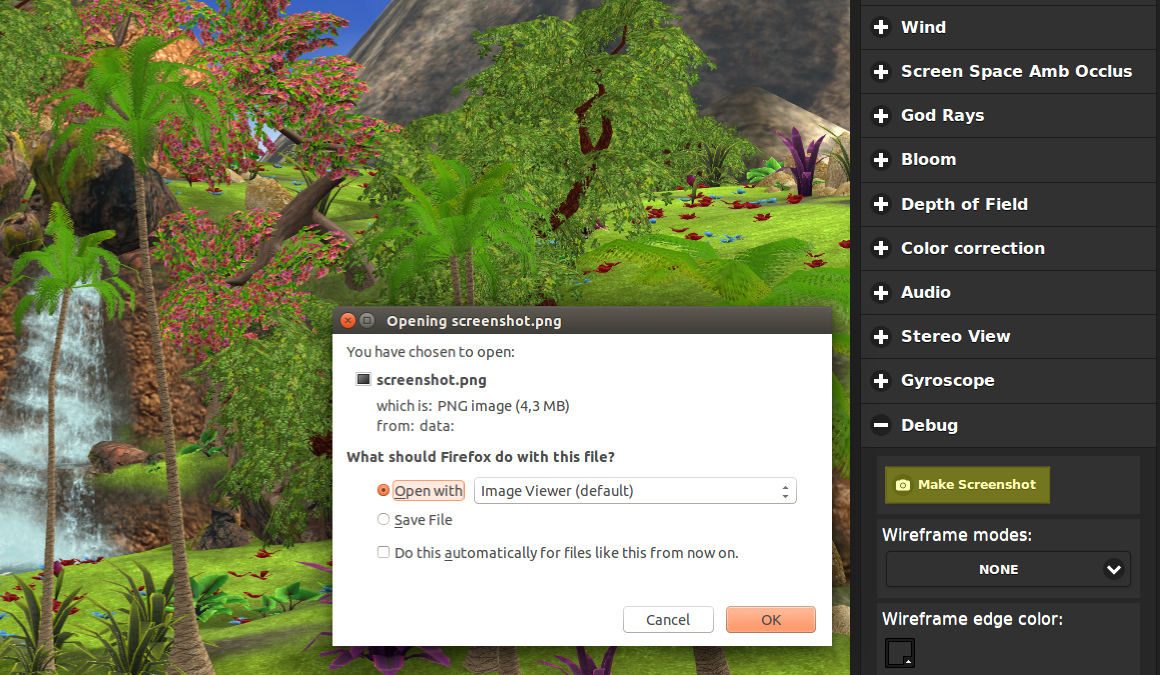 Rendering-to-texture (RTT) possibilities have been extended even further. Particularly, the same scene can be rendered into different textures. Also, scenes can now be nested to any level, just like matryoshka dolls.

Support for the Clamp option has been implemented for the MATH and MIX_RGB nodes. Blend4Web devs added this functionality to Blender 2.73 recently.

We have done many other improvements and bug fixes, the comprehensive list of which can be found in the release notes.

Please do not hesitate to leave your comments on this release here.

I will get to look at this latest release later, but am curious if the glow outline for IE works with HTML export only or if independent JSON models loaded in a JSON scene also glow in IE, or if something needs to be added to code.
03 mar. 2015 08:15
Yuri Kovelenov

Ответ на сообщение пользователя trepaning
I will get to look at this latest release later, but am curious if the glow outline for IE works with HTML export only or if independent JSON models loaded in a JSON scene also glow in IE, or if something needs to be added to code.

Glow should work in IE regardless