In this tutorial we'll make beach umbrellas and set up the basic environment (sky and sand). We will use methods learned from the tutorial Striped Shader Part 1.

Lets make a striped umbrella. We'll start from the ready-made low-poly model with normal mapping. The model consists of two objects: the canopy and the shaft.

Below you can see the nodes for the shaft material: 1 – the NORMAL_VIEW node makes a transformation into the camera space; 2 – the normal map in the Texture node (for rendering in the engine); 3 – the normal map in the Material (for rendering in the Blender viewport); 4 – the REPLACE node displays input data from the first socket in the Blender viewport and renders input data from the second socket in the engine. 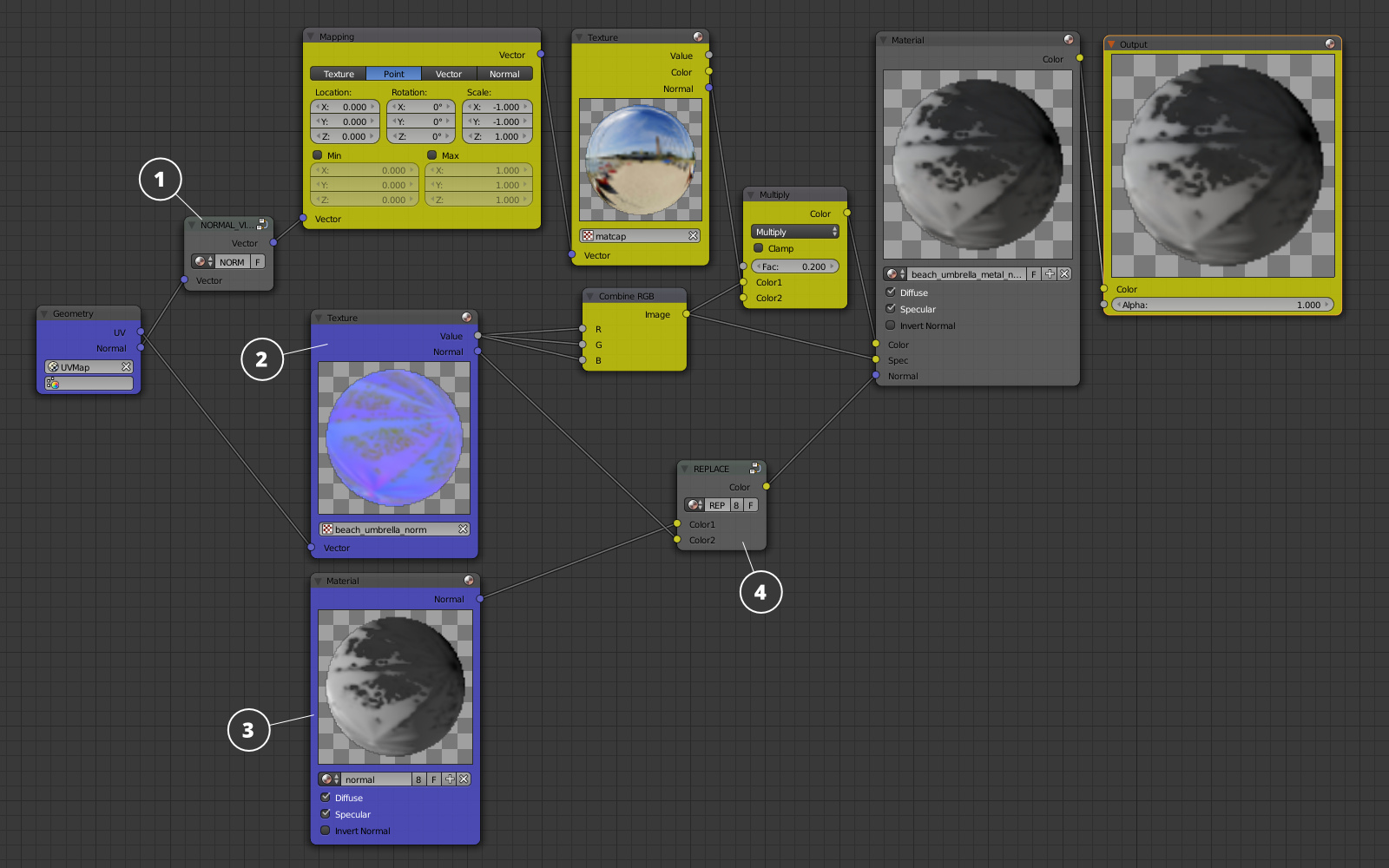 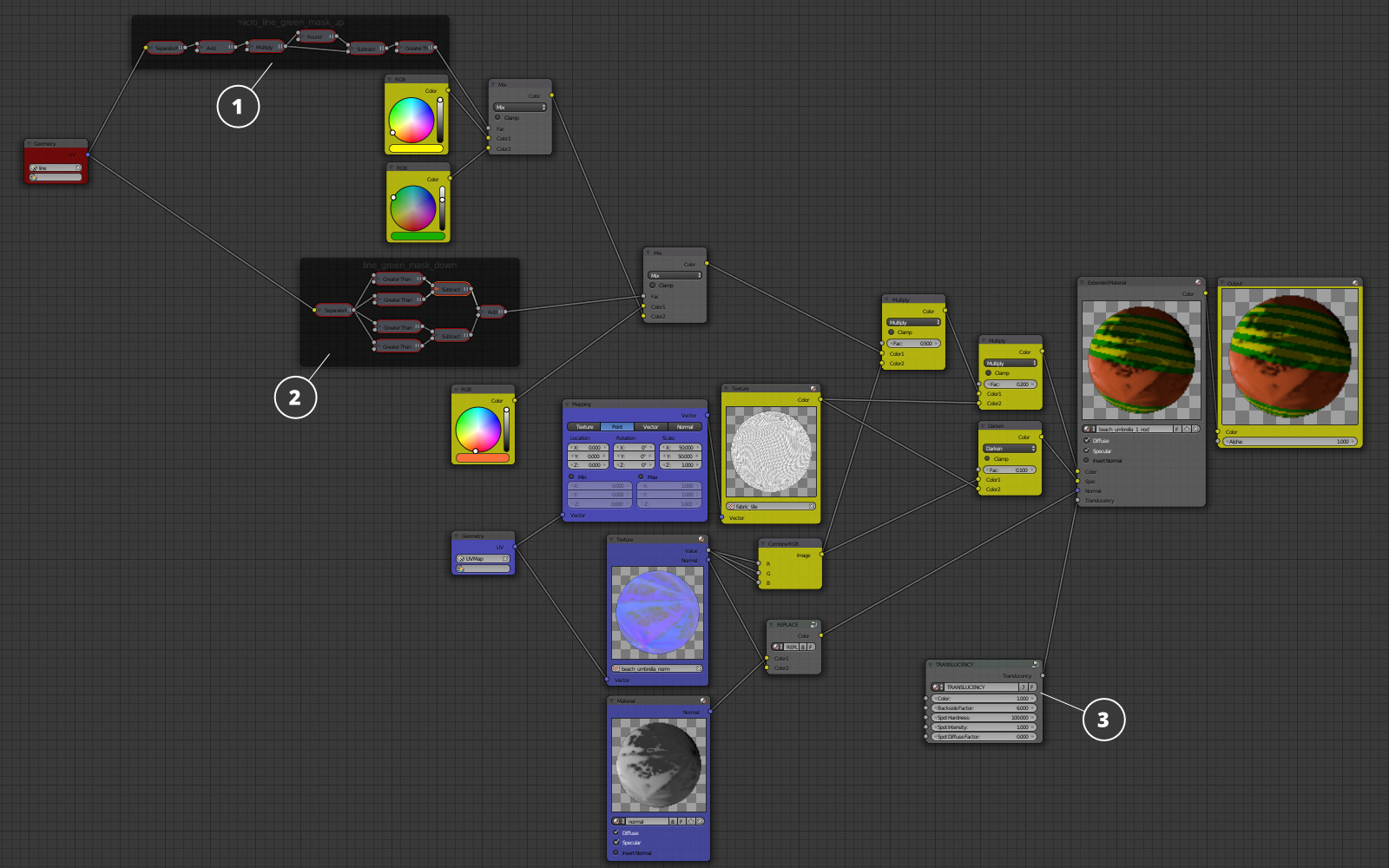 A very simple node material is used for sand.

Lets enable ambient lighting with the Environment Lighting checkbox under the World tab. Also Blend4Web features a procedural skydome. The settings can be found on the Procedural Sky panel: 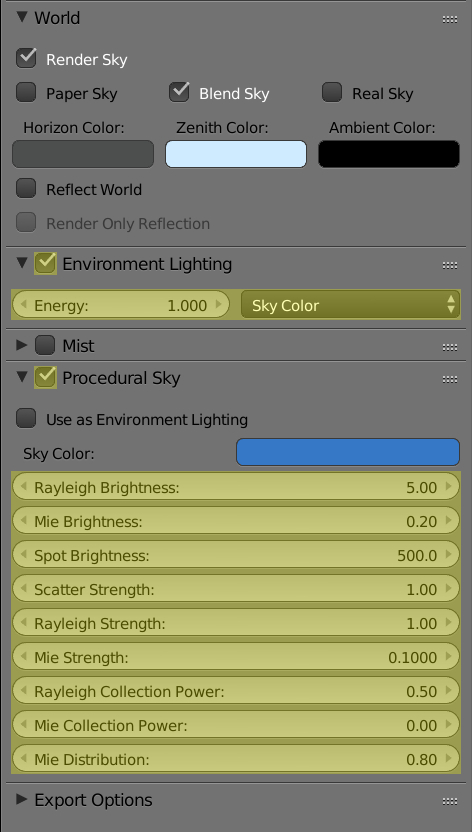 Now we need to set up Shadows, God Rays and Bloom effects. The settinghs can be found under the Render tab:

We have only one directional light in the scene: 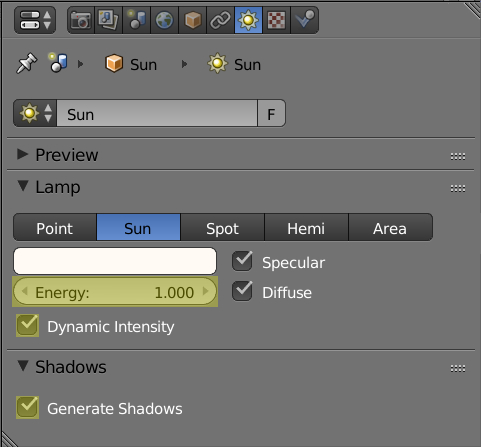 You can find the source blend file in the following directory: blend4web/blender/tutorials/basic/beach_umbrella/.

[2015-09-08] The text and illustrations have been updated because of new interface.