We are glad to present a new release of Blend4Web, an open source solution for creating 3D web experiences. This version delivers hardware-accelerated geometry instancing, multi-touch support, upgraded depth of field effect (now with bokeh!) and multiple improvements in the audio subsystem including implementation of the Doppler effect.

In one of the previous releases we already mentioned instancing in the context of API for copying objects in run-time. This time we'll speak about another common CG technique called geometry instancing. This technique allows the engine to render multiple object copies in just one draw call, which significantly reduces memory footprint and improves overall performance, especially on mobile devices where memory is scarce.

Instancing is currently available for HAIR particle systems, typically used for placing vast foliage such as trees, bushes and grass. In the demo below the amount of video memory occupied by geometry decreased by almost 80 times (from 160 Mb to 2.1 Mb) after this technique was applied!

Hardware-accelerated instancing in WebGL 1.0 is provided by the ANGLE_instanced_arrays extension which is widely present across desktop and mobile platforms. This functionality is also included in the core of upcoming WebGL 2.0 specification written against OpenGL ES 3.0 standard. Blend4Web enables geometry instancing automatically on supported systems and falls back to non-instanced rendering in the rare case when this API is not available.

Blend4Web API now support multi-touch events! This simple code snippet demonstrates how you can setup this feature in your mobile applications. 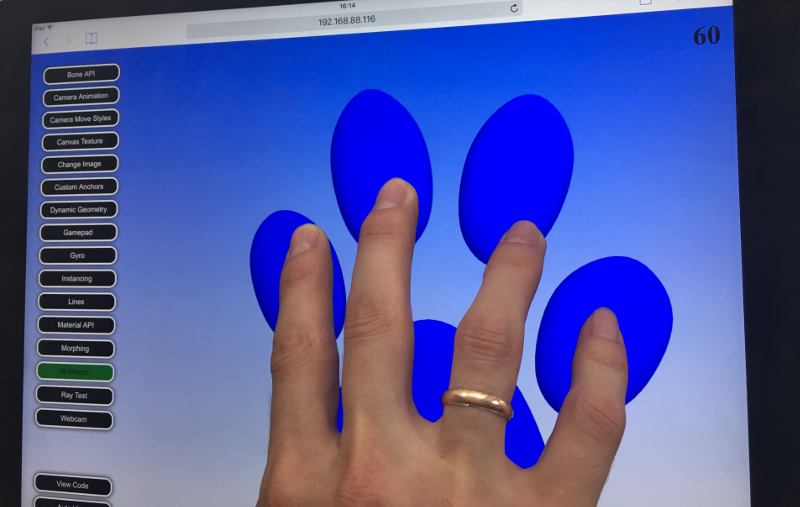 Try to tap everything!

Moreover, thanks to our optimization efforts, the latency of picking objects has been significantly decreased. This was technically accomplished by rendering a scene with a very narrow camera frustum into a 1x1 pixel framebuffer. As a result, interactive scenes were made very responsive, especially on touch-screen devices. Check this old demo on your mobile device - playing piano is now far more comfortable than before! 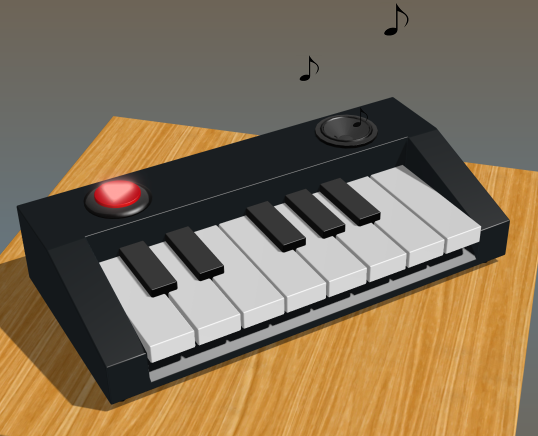 Playing this piano is now easier.

Today we present an amazing upgrade for depth of field. Firstly, the effect was made more realistic by taking scene depth into account so that it now affects the amount of blur. And secondly, bokeh, an interesting photographic effect when blurred highlights appear at light spots, was added to greatly improve the perception of 3D images.

You can tweak this effect in real-time in the Scene Viewer using parameters described in the User Manual. We are going to make bokeh even more configurable by the next release. 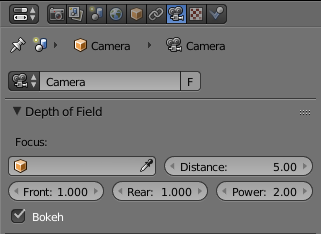 The engine's positional audio subsystem built over the Web Audio standard has been further pushed ahead. First, the audio context is now automatically created if any sound sources are present in a scene. Consequently, the Audio checkbox has been removed from the user interface.

As the Doppler effect was removed in the recent editions of the Web Audio specification, Blend4Web now offers its own implementation of this highly entertaining feature. Just animate your speaker in Blender and switch the feature on with Enable Doppler. Check out this small demo! 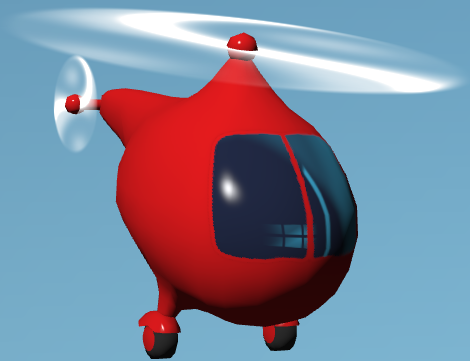 We didn't stop there - the user interface for setting up global audio parameters was reworked in order to follow Blender's native settings as closely as possible. Namely, Volume, Distance Model, Speed and Doppler are now all supported by Blend4Web. 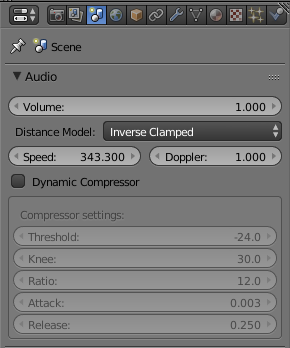 Speakers themselves obtained a new Auto-play option - when enabled, an audio source will start playing sound after a scene is loaded. 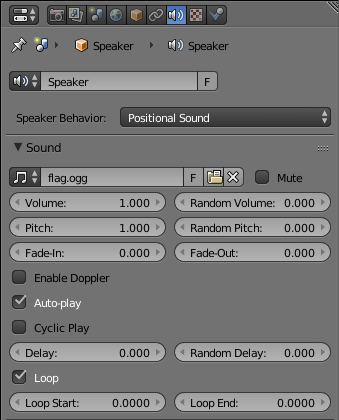 Following the feedback from our users who struggled a lot trying to set up a preloader for their apps, we introduced a simple API method, create_preloader(). This method does not depend on any HTML elements yet it is still configurable, and it allows developers to easily add a box-shaped preloader bar to calm down the most impatient users. This preloader is automatically added when you create a new application with the Project Manager.

This minimalistic preloader is available by default in newly created projects.

Upon user request we have added the possibility to limit the FPS via configuration API.

And, in what is seemingly becoming a monthly tradition, we added new materials as well as usage examples to the material library raising the total number to 27. New materials include human skin, car paint, carbon fiber, metals and others. 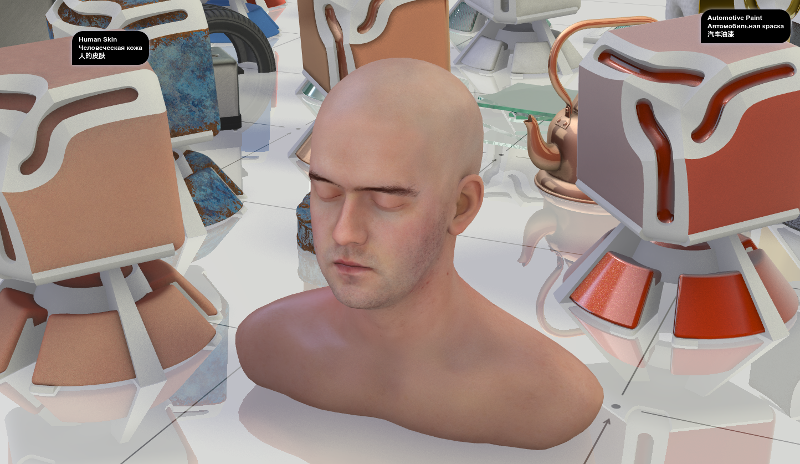 Some new entries in the material library.

The full list of what we were able to accomplish this month can be found in the release notes. As usual, all source files of the demos presented on this page are included both in the Community Edition and PRO distributions. Feel free to leave your feedback on the forums!

Awesome release, congrats to the team, the preloader is a nice thing to have

This release is epic! Thank you for blend 4 web. It almost makes blender the addon

Thanks guys, we are doing our best!

Well to have the tremendous sharing about the SAM information would be recommended. I hope after getting assignment help australia updates we are able to explore new things. Thanks and continue to share further related material always.
01 apr. 2022 20:47
byana

ru 486 abortion pill where to buy

ru 486 abortion pill where to buy

I was amped fulfilling with seeing who are victors of beginning late drove NOA South America challenge. Click https://www.solutionhow.com/en-us/education/top-university-to-learn-computer-science/ to make your work on schedule. Unequivocally these individuals put their best in the field.
24 sep. 2022 11:10
JohnDeleon

We are pleased to announce the release of Blend4Web 16.07. This is a major release focusing on bringing new features and performance improvements. I prefer to visit here renovations wellington and manage their services for handyman services in Auckland. The coming updates of Blend4Web will focus on the Virtual Reality and Augmented Reality technologies.
28 oct. 2022 21:02
MarcoGrune

Hello. When you are looking for an essay writing service, you want to make sure that you can trust them with your work. A reliable pay for essay online will employ experienced writers and researchers with a wealth of experience in your particular subject area. They should also have a good understanding of academic rules, and they should be able to provide plagiarism reports for your essays.
27 nov. 2022 21:09
Goldyyy

Hello! What are you doing to free up time? Seek professional therapy help services https://us.calmerry.com/blog/depression/the-benefits-of-online-depression-screening-free-test/ from talented therapist and focus on achieving other important goals. Leave your homework to us and watch your grades take you to new heights.