A new version of Blend4Web - the open source 3D web framework - is out! Blend4Web is designed to create interactive 3D content which works in browsers without any plugins. The platform is closely integrated with Blender which is the main tool for authoring 3D scenes. The content is played back with WebGL, Web Audio and other browser technologies.

We proudly present a new demo scene “The Watch”. This scene features realistic gold and leather materials, and also a studio lighting. 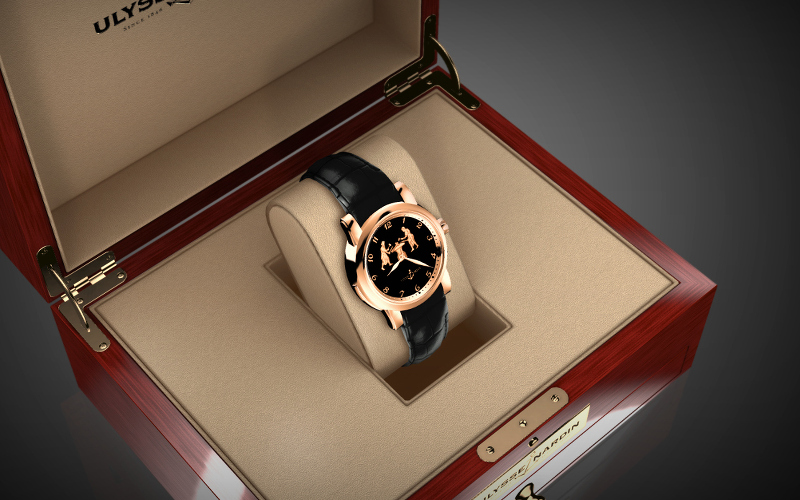 The animation system has been streamlined and optimized.

We've redesigned all the animation workflow stages: the usage of Blender tools, exporting, engine viewing and API. In particular, a special panel has been added to the Blender interface for baking skeletal animation. Animation sequences have been moved to the binary file of an exported scene.

Image jittering has been fixed in the Ultra mode for some platforms.

We've introduced a new camera setting interface which allows to limit the camera movement by distance, vertical and horizontal rotation angles. The limits can be set both in the camera space and in the world space.

A new user-defined quality profile has been added (P_CUSTOM) to fine tune the engine's behavior.

The character physics simulation quality has been improved by interpolating its position.

The exported loading error which occurred in Canary Chrome for HTML files has been fixed.

The access to Web Storage has been differentiated by application.

We could achieve a significant reduction in the size of resource files by flexibly managing the precision of the loading data (up to 30%).

A level of detail (LOD) system which has been implemented in Blender 2.70 is now supported by the engine. The system which was used before is still functioning for compatibility but will be removed in the future.

An optimization of Blend4Web's code base has been started to meet the specific features of the modern JavaScript engines.

We've released a series of game development tutorials, which cover the following topics: game logic programming, object modeling, level design, and optimizing for touch screen devices. The source files for the example game are included into the SDK. 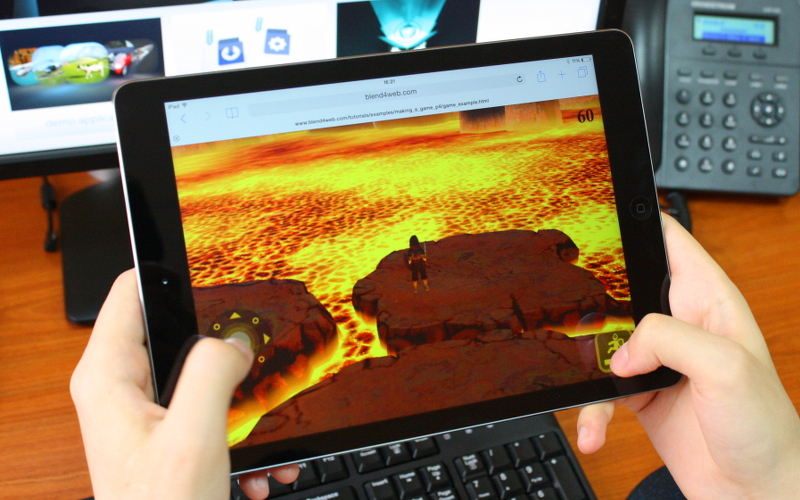 The parameter for smoothing the camera movement has been implemented when the camera is following an object.

Anisotropic filtering for textures is now turned off in the low quality mode.

We present a new web player - the unified solution for embedding 3D content into web sites and for exporting it into a single HTML file. Its interface is optimized both for desktop and mobile platforms.

A preliminary support for iOS 8 and OS X Yosemite - which were announced in the beginning of June - has been implemented (and also for devices with the Mali-400 GPU).

And finally we would like to note that adding WebGL support to Apple devices draws a line under the 5-year development cycle of this technology. Now all major browsers and operating systems are implementing this open standard.