The Blend4Web team proudly presents a New Year's release of the open source platform for creating 3D Internet apps to the community and its partners. Among new features: support for camera velocity settings, convenient API for outlining 3D objects under the cursor and full support for the MAPPING node. In addition, we have prepared some gifts for you: first, we have included the source file of The Island in the open source distribution and second, we have created an interactive greeting card which you send to your friends and loved ones.

For this release our team has come up with an amusing web app. With this interactive 3D greeting card you have no excuse not to congratulate your friends, loved ones or those who visit your blog and favorite social account (Facebook, Twitter and so on). Try opening the presents, turn on the TV and even send a personal greeting! 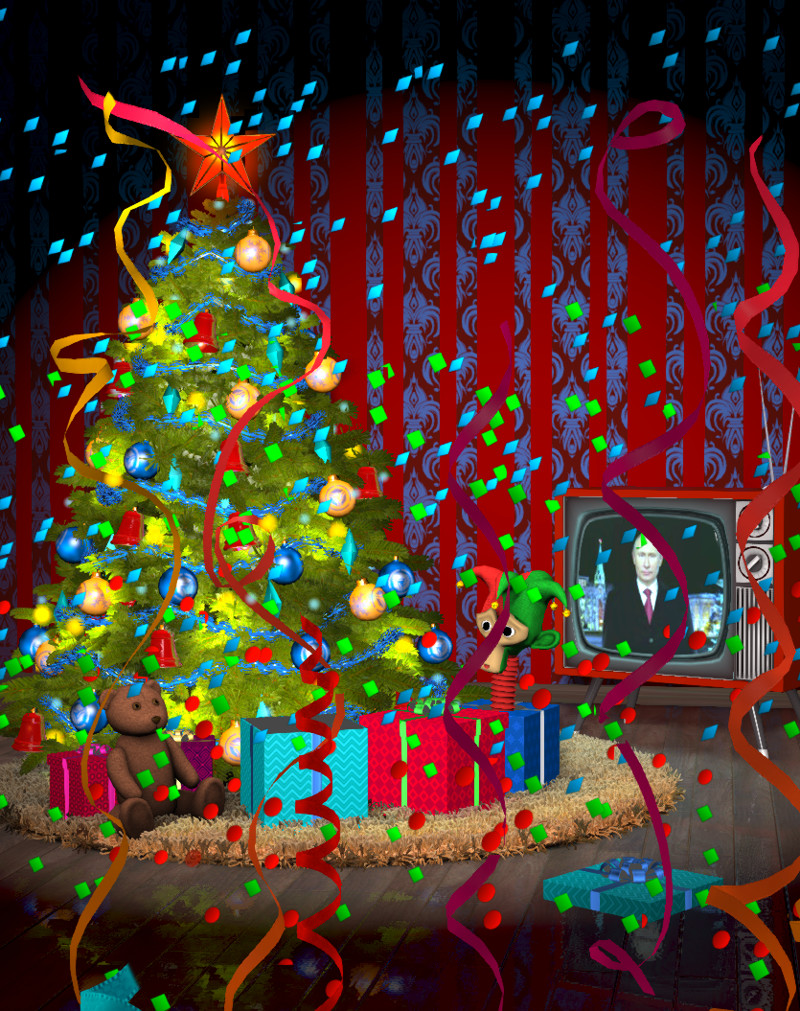 This app clearly demonstrates the limitless possibilities of combining traditional web technologies and 3D graphics. The interface for typing a message is implemented by using HTML and CSS while the message itself is rendered on the texture of the 3D object. In turn, generic video and audio files are played back in the virtual TV set. Animation, dynamic reflection, outlining the objects under the cursor, interesting particle and lighting effects - all these also work in mobile browsers.

Just to help you to learn how this app works, we have included its source files in the open source Blend4Web distribution.

Here is another gift for New Year's: the source files of our first demo app called The Island are now included in the free Blend4Web SDK! You'll find the materials for the terrain, sea and waterfall, learn how smoke and splash particles are set up, what is behind the lens flare effect, how animation works and how the trees and other objects are arranged. 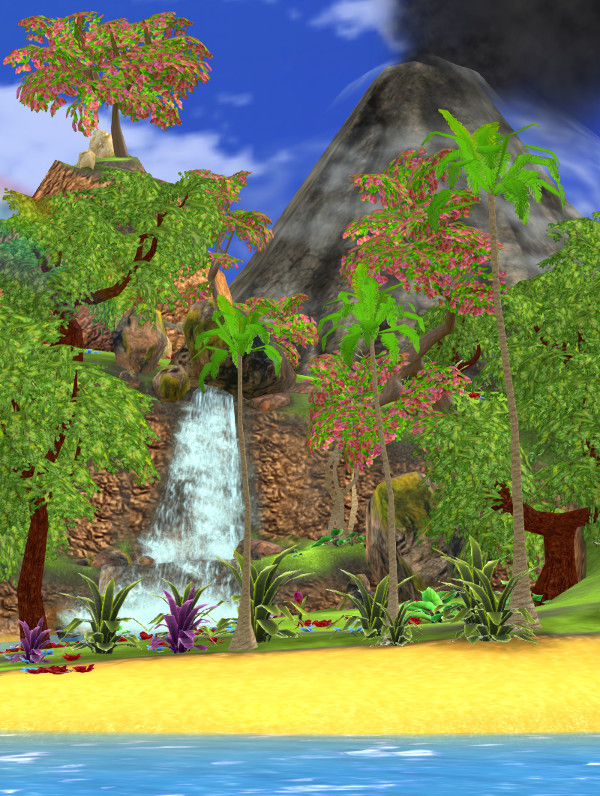 We have been collaborating with Blender devs and this has resulted in the following improvements to be included in the upcoming 2.73 release:

We'd like to personally thank Ton Roosendaal, Sergey Sharybin, Antony Riakiotakis and Brecht Van Lommel whose reviews and valuable advice helped us with these patches.

The camera velocity can now be tweaked. This is a long-awaited option our users have been requesting for us to include in the engine.

We have added support for mipmapping of canvas textures. This allows you to improve the image quality and increase performance in rendering such textures.

The glow effect when the cursor hovers over objects is now implemented in the mouse.js add-on, which allows to simplify creating and setting up this effect.

A brand new app building system. Now, the users can develop their apps right in the SDK thanks to the new project.py utility. This script makes it possible to build the apps together with the engine, to minify JavaScript and CSS files and to export the final apps to be deployed on a server.

At the end of this year, we made some improvements in stability and removed a number of obsolete functions. Among these improvements are the following:

Obsolete Levels of Detail interface has also been removed.

A mouseup event is now fired when the cursor leaves the app viewport.

The Clear parent inverse error message no longer appears. This transformation is now natively supported by the engine.

The audio playback error when using NLA has been fixed.

Many minor error corrections and other improvements the full list of which can be found in release notes.

As always, you are free to discuss this release on our forum. We wish you all kinds of success and prosperity in the New Year!

fantastic, downloaded and will check it out. Does this release also include being able to click on an object and have it open a new page?
25 dec. 2014 11:55
Yuri Kovelenov

Ответ на сообщение пользователя trepaning
fantastic, downloaded and will check it out. Does this release also include being able to click on an object and have it open a new page?

You can do it right now through API. NLA support is a bit different story though.