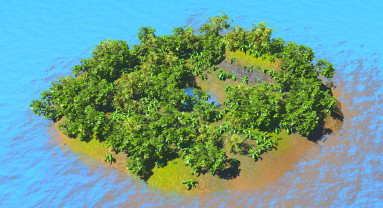 The July build 16.07 has introduced an outstanding feature to save system memory by using geometry instancing...

In these video tutorials you'll find how to set up wind bending for trees. You'll also learn how to use particle systems to simulate falling leaves and grass.

Continuing the topic of explaining the settings of the Wind Bending effect. In the article you can find specific examples of how to create this effect.

In this issue of the blog, you can see methods and techniques we use to create high quality models of plants for our locations.

We'll speak about creation of enemies for the main character and about how to finally give a meaning to his existence.